AGERPRES special correspondent Loredana Ciobanu reports: President Klaus Iohannis said on Tuesday at the annual meeting of the Parliamentary Group of the Christian Social Union in Bavaria (CSU) that Romania represents an important partner within the EU and our country contributes to "the shaping of the European Union's future." Romania's president tackled varied topics, ranging from the EU trad

AGERPRES special correspondent Loredana Ciobanu reports: President Klaus Iohannis has stated on Tuesday that he pays a lot of attention to the situation in Iraq and he is constantly in contact with Romanian Foreign Affairs and Defence Ministers regarding this topic.

Russian energy giant Lukoil is in talks with ExxonMobil about the planned sale of the US multinational's 50 per cent stake of Neptun Deep gas project in the Romanian zone of the Black Sea, Romanian Prime Minister Ludovic Orban revealed late on Monday.

AGERPRES special correspondent Loredana Ciobanu reports: President Klaus Iohannis, who is paying a working visit to the Land of Bavaria on Tuesday, had a meeting in Munich with Minister President of Bavaria Markus Soder. "It is known that the relations between Romania and Bavaria are special. We have a relation which has been going on for many years.

President Recep Tayyip Erdoğan and his Russian counterpart Vladimir Putin will meet in Istanbul on Jan. 8 to attend the inauguration ceremony of the TurkStream natural gas pipeline.

The pipeline will transmit Russian natural gas to Turkey and Europe under the Black Sea.

Prime Minister's Chancellery head Ionel Danca said on Monday that the Government adopted the emergency ordinance (OUG) on some fiscal-budget measures, providing locking in the benefits for dignitaries and the suspension of the provisions in the administrative code regarding the special pensions for locally elected until 1 January 2021.

The National Liberal Party (PNL) is in favor of calling early elections, a context in which a commission made up of party leaders will investigate the real possibilities to carry them out and will hold exploratory discussions with all political partners to find out their stance on the matter, Prime Minister Ludovic Orban, the PNL chairperson, stated on Monday, after the Liberals' Executive Comm

Arrivals registered in tourist accommodation establishments in Romania, in the first eleven months of 2019, totaled 12.434 million, up 3.7 pct compared to the same period last year, according to data released on Monday by the National Institute of Statistics (INS).

Ethnic Hungarians account for 85 per cent of the population in Harghita County, and the vandalism of the signs had caused local tensions.

Four new Mobile Emergency Service for Resuscitation and Extrication (SMURD) helicopters will be operated by experienced pilots, called in from reserve, Interior Minister Marcel Vela has announced on Monday, in a press statement held in the presence of chief of Emergency Situation Department Raed Arafat. 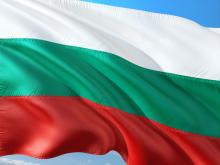 On January 6, Bulgaria marks 172 years since the birth of the Bulgarian poet and revolutionary Hristo Botev. Celebrations will take place across the country, BNT reported.

Russia has started European gas deliveries through the new TurkStream pipeline to Turkey, Bulgaria's Bulgartransgaz said on Sunday, as Moscow looks to reduce shipments via Ukraine.

Russia is building TurkStream and doubling the capacity of NordStream across the Baltic Sea to Germany as part of plans to bypass Ukraine in its gas deliveries to Europe.