Reflecting the quality of filmmaking in the Balkans in recent years, three films from the region are up for prizes in Cannes in July.

In the short film category, Severen Pol [North Pole], a co-production between North Macedonia and Serbia, and Pa Vend [Displaced] from Kosovo are among a total of 10 films shortlisted from 3,739 reviewed. 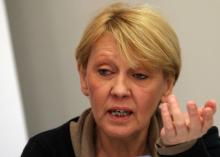 After graduating from the Faculty of Political Sciences, she has been involved in journalism since 1970. She worked as reporter and editor in Radio Belgrade, Television Belgrade, Yutel, VIN production respectivelly, the media report.
She wrote for Naa borba, Osloboenje, Nezavisne, Blic… She also worked as an editor at the Radio Television of Serbia.

Ljubljana – A news portal under the N1 brand was launched in Slovenia on Wednesday by United Media. The portal will be managed by Adria News, a company established for this purpose, which is headed by Katja Šeruga, who is also the editor-in-chief of the portal.

Romania's Chief of Defence General Daniel Petrescu is attending, Monday to Wednesday in Sarajevo, the 14th edition of the Conference of Balkan chiefs of defence on defence co-operation.

The former detainees had complained that untruths about the Serb-run camps were aired on the Happy TV show 'Good Morning, Serbia' in February this year, belittling their suffering.

Ercan Kesal's film "Nasipse Adayız" (You Know Him), which made its world premiere at the Rotterdam Film Festival, has received the "Best First Film Award" at the Belgrade International Film Festival.

The Turkey-Serbia co-production can now be watched on Netflix.

On May 8 and 9, Serbia celebrated Victory Day in World War II with a series of events around Belgrade including wreath-laying ceremonies, concerts, film screenings, fireworks and the livestreaming of a military parade in Moscow.

As well as the victory over fascism, Serbian officials celebrated their alliance with Russia, the co-organiser of the festivities.

As a guest on the morning program of TV Prva, api stated that he is aware that the party he created will disappear one day, when he unites with the SNS, but that he is not afraid of that.
"Serbian Patriotic Alliance (SPAS) was not created to be my private company," said Sapic, adding that the party was founded with the goal of doing something.

Investigations produced by nine BIRN journalists exposing alleged corruption, nepotism and malpractice within local government as well as the concealment of data about the COVID-19 death toll in Serbia have been shortlisted for the Dejan Anastasijevic Investigative Journalism Award in the online media and print media categories, the Independent Association of Journalists in Serbia, NUNS, announ

Young people passionate about visual arts, theatre, music and dance, aged between 14 and 19, are invited by the "Radu Stanca" National Theatre in Sibiu (TNRS) to participate in the "Liberty" project, which will take place between April 8 and May 3, informs a press release sent to AGERPRES. 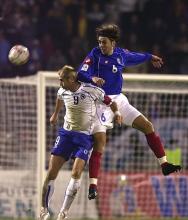 "I thank you my Belgrade, from the bottom of my heart, because you gave my mother and my sister a chance to get vaccinated, and therefore a chance for a better life.

Lecic was summoned to the police to give a statement on accusations of rape dating to 2012. He spent several hours in the police station on Friday.