All News on Social Issues in Serbia

See also: Brain Drain: Will the Last Doctor in Kosovo Turn Out the Lights?

The National Medical Council of Serbia annually issues around 800 certificates needed by doctors when applying for jobs abroad. In Kosovo and Bosnia, national medical workers' associations report that hundreds of highly qualified doctors leave each year.

More than 90 per cent of judgments were pronounced on the basis of plea agreements. Sanctions ranged from conditional sentences to three years in prison. Ancillary penalties of several dozen thousands euros were also imposed and the proceeds of migrant smuggling worth over 10,000 euros were seized, along with several vehicles used to execute the crimes.

Vucic recalled that 28.73 percent of Serbs and less than 45 percent of Montenegrins officially live in Montenegro, referring to "the intention of part of the Podgorica regime".

This year brings many new challenges for Serbia and its citizens, and it also imposes on the society and the state the obligation to overcome all those which we have long been facing.
There are still challenges of an economic, political and social nature, as well as the biggest one: the challenge of resolving the issue of Kosovo and Metohija.

January 11 - Romania begins a six-month EU Council presidency amid anti-government protests at home and calls from EU leaders to respect the rule of law.

The Humanitarian Law Centre, a Belgrade-based NGO that represents victims in some war crime cases in Serbia, issued a policy paper on Monday calling on the Serbian judicial authorities to better protect victims of sexual violence during trials and investigations for crimes committed in the Yugoslav wars.

Serbia is trying to resolve an issue with Malta concerning 22 Serbian children who have been denied residence visas and threatened with deportation because their parents do not meet the minimum income criteria, the Foreign Ministry said on Wednesday.

The minister told Pink TV that President of "Dveri", instead of praising the state and government for managing the migrant crisis, was trying to gain some cheap point on the misfortune of the immigrants. 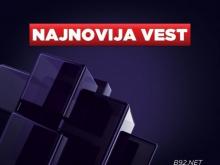 After that meeting, she said she was dismayed at the treatment of 22 Serbian children.
The former president of Malta expressed support for parents during a meeting last night and suggested they seek legal aid, RTS reported.
She emphasized that the Agency dealing with the issuance of residence permits violates numerous by-laws.

More than three quarters of children living in state institutions in Serbia are children with disabilities, according to the latest United Nations Global Study on Children Deprived of Liberty.

At 77 per cent, Serbia ranks joint third with Hungary behind Turkmenistan and China in a total of 57 countries analysed.

Activists from the NGO Women in Black and the Humanitarian Law Centre staged an event on Monday evening in Belgrade's central Republic Square to mark the anniversary of the date when Vukovar fell after a devastating three-month siege in 1991.

The entry of the Social-Democratic Initiative-New Kosovo Alliance coalition into the Kosovo Parliament and the reduction of the number of MPs to the two leading parties - Vetvendosje and the Democratic League of Kosovo (LDK) - present new set of circumstances.

The Vice President of the Democratic League of Kosovo, Osmani, says there is nothing pragmatic about exchanging territories, Kosovo Online reports.

Out of a total of 481 registered cases of digital rights violations, 115 involved threats and endangering security. There were 95 cases of insults and unfounded accusations.

The report noted there had been more arrests of late of people accused of threatening online space, but few have been sentenced while those who were received relatively mild punishments.