All News on Social Issues in Serbia

He stated that we have Russia's military support for the challenges ahead of us in the territory of Kosovo and Metohija.

Trump is not using such measures to try to make America great; like his role model, he is trying to manufacture an immigration-related crisis to help him establish an autocracy.

And although Trump's efforts in this regard are less far advanced than Orban's nine-year-old project in Hungary, he has made more progress than most Americans realise.

Mulla was one of three Rohingya in the Kikinda camp near Serbia's northern borders with European Union members Hungary and Romania.

Besides the three in Kikinda, Serbia's Commissariat for Refugees says it has registered only four other Rohingya, in the summer of last year.

Bosniac National Council considers that the attitude of the Committee for the standardization of Serbian language that there is no Bosniak language, linguistically different from Serbian, presents yet "another chauvinist outburst of hatred and hostility of the part of the academic community in Serbia towards Bosniaks, and Bosnian as their mother tongue".

Pristina Basic Court on Monday remanded Goran Stanisic in custody for a month after he was detained at the Jarinje border crossing between Serbia and Kosovo on Saturday.

Fatmir Hasani, the only ethnic Albanian MP in the Serbian parliament, told BIRN that people living in Serbia's Albanian-majority Presevo Valley are suffering because of poor relations between Serbia and its former province Kosovo. 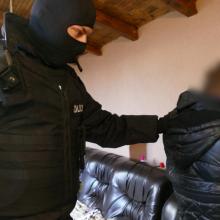 Bulgarian authorities have broken up a major organised crime ring thought to have smuggled thousands of migrants from Afghanistan en route to western Europe, prosecutors said Tuesday, as cited by Reuters.

Refugees, NGO workers and local residents gathered at Ada Ciganlija Lake in Belgrade on Thursday to celebrate World Refugee Day at an event organized by Info Park, a Belgrade-based NGO.

Between May 2017 and May last year, NNK recorded 215 reported cases of push-backs by Croatian police to Serbia, of which 45 per cent involved physical violence.

Between May 2017 and December last year, there were 141 push-backs from Croatia to Bosnia, NNK reported, of which 84 per cent involved violence.

These beautiful creatures bathe their gorgeous bodies in rivers, protect honest people, but become merciless when they decide to punish injustice. (As far as I know Serbs have their own version of the Zana, the Vila). I have always been impressed by the fact that a strong patriarchal culture, like that in the Balkans, crafted fairy tales with strong women as protagonists.

In the draft of the Civil Code there is a proposal for the legalization of euthanasia in Serbia.

As he said, the ban will last "as long as she follows the racist and sick ideology against the Kosovo population and the nationalities living there." 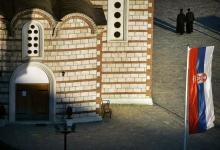 This date became a national holiday after the Serbian government adopted a bill amending the Law on State and Other Holidays in the Republic of Serbia, Blic recalls.