MOSCOW -- Russia said on Friday it was "astonished" by a statement made by U.S. President Barack Obama concerning the unilateral declaration of Kosovo's independence.

PRILUZJE - The survival of Serbs in Kosovo-Metohija (KiM) depends on the resolution of security issues, but also on the employment opportunities for young people, said Nenad Borovcanin, State Secretary of the Ministry of Youth and Sports on Friday, addressing the young residents of Priluzje, a Serb-majority village in the municipality of Vucitrn, northeastern KiM.

Ahead of the next round of Kosovo-Serbia talks in Brussels on normalising relations, government and opposition parties have exchanged barbs on whether last spring's accord with Serbia is delivering results.

Glauk Konjufca, a lawmaker of the opposition nationalistic Vetevendosje movement accused the government of failing to integrate the Serb-dominated northern part of Kosovo.

SARAJEVO - Bosnia-Herzegovina's (BiH) Foreign Minister Zlatko Lagumdzija expects that the first joint sitting of the BiH Council of Ministers and a new Serbian government will be held shortly after the formation of the government in Belgrade.

KOPAONIK - Winterfest, a three-day wine, gastronomy and viticulture conference with an emphasis on wine tourism, kicked off on the Kopaonik mountain in southern Serbia on Thursday.

GRACANICA - Vladeta Kostic, leader of the Citizens' Initiative Srpska, urged on Friday all Serb MPs in the Kosovo parliament, as well as the MPs representing other minorities, to walk out of the parliament because of the announced amendments to the election law.

Bulgaria will participate in the construction of a floating liquefied natural gas terminal near the Greek city of Kavala in a bid to secure constant access to natural gas.

Talks on the project are to be wrapped up by end-2014, according to the authorities in Athens, as cited by the Bulgarian National Radio (BNR).

Olexandr Kirichenko, the chargé d'affaires of the Ukraine embassy in Serbia, told TV Nova that Ukraine is disappointed that Serbia had not taken a clear stance on the Russian annexation of the Crimean peninsula.

BELGRADE - Serbia's Minister without portfolio for Kosovo-Metohija Aleksandar Vulin has discussed with UN representatives in Belgrade the progress made in research on locations in Serbia where higher levels of depleted uranium have been detected. 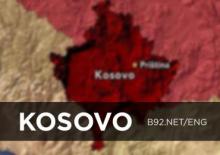 BELGRADE -- The Serbian Government Office for Kosovo and Metohija has strongly condemned a statement by Kosovo Prime Minister Hashim Thaci.

Earlier this week, he said that Serbian forces "committed genocide in Kosovo."

In its reaction, the office stressed that this claim was "irresponsible and untrue."

BELGRADE -- The Slavko Ćuruvija Foundation, named after the journalist and publisher who was shot and killed in April 1999 in Belgrade, will be launched on Friday.

VIENNA - The ties between Austria and Serbia are better than ever and can only be expected to become stronger, Serbian Foreign Minister Ivan Mrkic has said.

"In many areas our cooperation has been exemplary," Mrkic told Tanjug on Thursday after a Serbian delegation headed by President Tomislav Nikolic ended the first day of its official visit to Vienna.

BELGRADE - As an EU membership candidate, Serbia must coordinate its foreign policy with the EU's positions, Serbia's chief EU negotiator Tanja Miscevic has said, but added that preparations for membership leave enough room for the country to resolve some issues on its own.

BELGRADE - The Office for Kosovo -Metohija (KiM) has stated that no referendum on independence was carried out in the territory of KiM, adding that neither Albanians nor Serbs or any other ethnic community living in KiM took part in it.