All News on Politics in Slovenia

"The President of the European Parliament, Antonio Tajani, has withdrawn the Mobile Package pact tonight and returned it to the Transport Committee. Voting on the Mobility Package will not be happening today. This Parliament should not look at this heavily and divided Europe dossier. " This was stated by Jordan Arabadjiev of the Union of International Carriers to NOVA.

Eight in 10 Greeks expect more and better services from the state in light of the taxes they pay, the Organization for Economic Cooperation and Development (OECD) said in a report published on Tuesday. 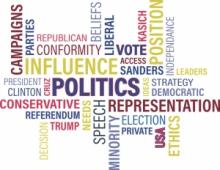 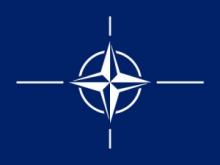 Slovenia had been a part of the Non-Aligned movement in the era of former Yugoslavia, but when it became independent the country set out to become a member of all significant global as well as Euro-Atlantic organisations, in particular the EU and NATO. 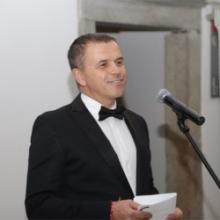 The Former Yugoslav Republic of Macedonia (FYROM) has raised a NATO flag at its main government building, as members of the alliance continued to ratify the country's accession agreement. 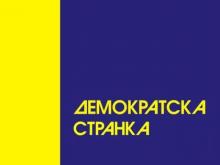 They will also leave the Belgrade and other city and local assemblies.

They decided to leave all city assemblies in which the elementary democratic principle and procedures are not respected, the Beta agency was told by that party.

As stated, the Presidency has decided to support an "agreement with the people", whose is an integral part is to leave parliaments. 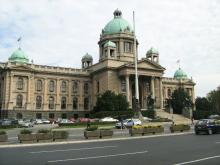 MPs of parties mainly gathered in the opposition Alliance for Serbia boycotted Monday's session of the Serbian parliament, following mass anti-government protests, marring a visit by the President of Slovenia.

Speaking before the Foreign Affairs Committee of the Slovenian Parliament, Cerar added that Serbia should declare its stance on European orientation, STA is reporting.

According to him, these questions should be discussed through talks with Serbian officials, and to concern should be expressed over them. 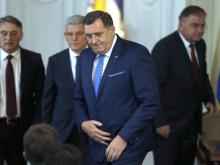 After meeting the new President of Republika Srpska, Zeljka Cvijanovic, on Thursday in Banja Luka, Milorad Dodik, the former RS President and new Serbian member of the Bosnian Presidency, said he would be seeking to replace a list of Bosnian ambassadors.

Greece will not accept "arbitrary" interpretations of the Prespes accord by the government of the Former Yugoslav Republic of Macedonia (FYROM), President Prokopis Pavlopoulos said on Tuesday, referring to the deal reached between Athens and Skopje to resolve the decades-old dispute over the country's name.

He added that this agreement would undermine Bulgarian national interests.

"The position of the Bulgarian government is not to join UN's global pact on migration," the deputy head of the GERB said after a meeting of coalition heads, Reuters reports. The agency says the juior coalition partner of GERB, the United Patrioty, strongly opposes the UN pact.

Bulgaria is not a wanted partner within the EU, it cooperates practically only with Romania and does not participate in any informal group of countries with common interests.

The Serbian foreign minister and first deputy prime minister in this way reacted to a German MP from Chancellor Angela Merkel's party saying in Belgrade on Wednesday that he had a message, and that it was that Serbia "cannot be a part of the EU until it de jure recognizes Kosovo."

It is also stated that Slovenia should support the territorial integrity of the Republic of Serbia.

The letter of this party states that in 2008, Slovenia made a major mistake by recognizing as independent a territory of the Republic of Serbia, a brotherly country.