All News on Social Issues in Slovenia 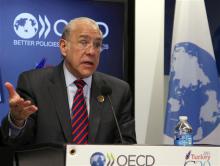 Income inequality has reached record highs in most OECD countries and remains at even higher levels in many emerging economies, said the organization in a new report. The richest 10 per cent of the population in the OECD now earn 9.6 times the income of the poorest 10 per cent, up from 7:1 in the 1980s and 9:1 in the 2000s, according to the OECD report.

The lower chamber of the Romanian parliament, the Chamber of Deputies, on Wednesday agreed to double child benefit from 42 lei (some 9.3 euro) to 84 lei per month, in a bid to stimulate population growth. All 322 MPs voted in favour of the law.

For all the noisy debate in Western Europe about foreign workers, mass emigration puts economies of former Eastern Bloc members under pressure, a recent report on EurActiv argues while discussing Bulgaria's demographic problems. 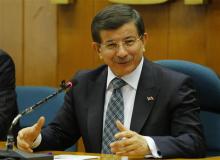 Prime Minister Ahmet Davuto?lu has submitted the ruling Justice and Development Party?s (AKP) draft election manifesto, which includes the adoption of the presidential system among its priorities, President Recep Tayyip Erdo?an has revealed, expressing his satisfaction with its content.

BELGRADE - The summit of regional parliamentary parties of pensioners has been held in Belgrade under the slogan "The world belongs to us too" and the chairmanship of Party of United Pensioners of Serbia (PUPS) leader Milan Krkobabic.

BELGRADE - Head of the Serbian parliament committee for the diaspora Janko Veselinovic has met with Slovenian officials and pointed out the unresolved status of the Serbian community in that country. 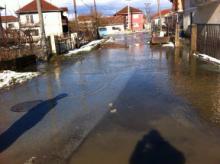 The recent flooding in Macedonia drew assistance from around the region. [Miki Trajkovski/SETimes] 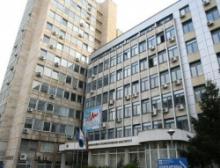 According to data from the latest population census, which took place in 2011, slightly over 3 million households live in Bulgaria, the National Statistical Institute (NSI) reports.

BRUSSELS -- European parliament member Eduard Kukan has asked in a statement issued late on Wednesday that Serbia releases all activist detained in Belgrade.

LJUBLJANA -- A citizen of Serbia was arrested in Slovenia for attempting to smuggle some 68 kilograms of cocaine in a truck he drove, the local police said. 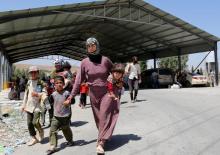 BELGRADE - The Regional Conference of Trade Unions of the Financial Sector of South-East Europe (SEE) adopted a declaration supporting colleagues from Serbia who are opposing the adoption of the proposed labor law without a public debate.

BELGRADE - Serbian Diaspora Assembly delegate for Slovenia Nikola Todorovic called on Monday on the Serbs living in Slovenia to take vote in the snap parliamentary poll there on July 13.

One in three Greek children is overweight or obese, according to a new report published by the Organization for Economic Cooperation and Development (OECD), which found that Greece, Italy, Slovenia and the US have the highest levels of child obesity among the OECDs 34 member countries. 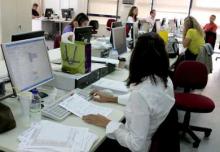 Greece is the only country among the European Union's 28 members states where fewer than half of its workers claim to be dissatisfied with working conditions, a poll published by Eurobarometer on Thursday has found.