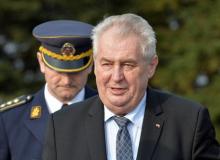 
BELGRADE -- Czech President Miloš Zeman has said that creating the armed forces of Kosovo would only mean that the KLA, responsible for terrorist actions, has been rearmed.

In the next round, Ivanovic will face Aleksandra Wozniak of Canada, who beat Marcela Zacarías of Mexico 3-6, 6-0, 6-1.

KRISTIANSTAD - Another match between the Serbian and Swedish women's handball teams has ended in a draw, this time in the 4th round of Group E of the qualifications for the European championship.

The first match was played in Kragujevac, Serbia, three days earlier and the final score was 25-25.


BELGRADE -- Croatia "will not use bilateral issues to impose conditions" on Serbia during the country’s negotiations on EU membership, Gordan Markotić has said.

Croatia's ambassador to Serbia explained that these issues "include border demarcation on the Danube and mutual genocide charges."

BELGRADE – Croatia will not use bilateral issues, including those concerning border demarcation on the Danube and mutual genocide charges, to impose conditions on Serbia during the country’s negotiations on EU membership, Croatian Ambassador to Serbia Gordan Markotic has said.

MOSCOW - The Federation Council of Russia, upper house of the Russian parliament, ratified on Wednesday the agreements on military cemeteries with Serbia and Slovenia, creating the legal foundation for the maintenance of Russian military cemeteries, monuments and memorials in the territory of these two countries.

MOSCOW - The Russian State Duma, lower house of parliament, ratified on Friday two intergovernmental agreements on military cemeteries, which Russia had signed with Serbia and Slovenia.

NIS - The festival entitled “The Days of the European Film”, which will showcase films made in 32 member states of the Council of Europe, is taking place in Nis, southern Serbia, and for this city the entire year will be marked by the European film. 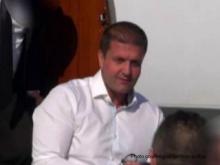 Saric, who is accused of heading an organised-crime gang involved in large-scale drug smuggling, surrendered to police after coming to an agreement with the Belgrade authorities to give himself up, Serbian justice minister Nikola Selakovic told a press conference on Tuesday.

BELGRADE - Slovenian Ambassador in Belgrade Franc But stated that the outcome of the parliamentary elections in Serbia shows that a majority of citizens support the policy which the Serbian government implemented so far in terms of reforms. 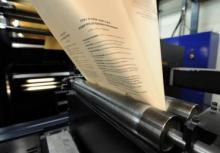 
BELGRADE -- The Center for Free Election and Democracy (CeSID) and the Novi Sad-based NGO COR are the only local organizations which will monitor parliamentary elections.