WASHINGTON - The World Bank has issued a prognosis of business conditions around the world for 2015 and ranked Serbia 91st out of 189 countries, which is drop from last year's rank of 77, leaving only Bosnia-Herzegovina with a worse rank, at 107th spot.

Lending to companies in the euro zone periphery continued to fall in September, while banks in core countries kept lending more, ECB data showed on Monday, highlighting the divergence in economic strength in the bloc.

The unemployment rate in Montenegro has risen by a sixth consecutive month, and is now 2 per cent higher compared to the same period last year, the latest data show.

The Employment Bureau on Tuesday reported that the number of unemployed adults rose to 31,190 in September and to 32,670 this week.

Jean-Claude Juncker's team of European Commissioners is to be voted on Wednesday in Strasbourg.

It is likely that the 28-strong team will win the parliamentary approval of the full assembly and the handover of EU executive power will take place as scheduled on November 1.

BELGRADE - A commemoration was held on Monday for the Yugoslav Partisan and Red Army troops who died in the battle for Belgrade's liberation from Nazi occupation, which ended in victory on October 20, 1944, 70 years ago. 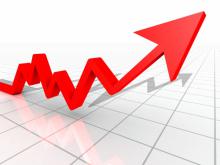 Euro area annual inflation was 0.3% in September 2014, down from 0.4% in August which is the lowest rate recorded since October 2009, according to Eurostat statistics. 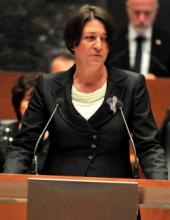 The text is about the aftermath of Slovenia's decision to withdraw former PM Alenka Bratusek as candidate to this office after she failed at her hearing in the European Parliament.

BELGRADE - According to the number of new cancer cases, Serbia ranks 18th in Europe, and second in terms of cancer deaths, it was stated at the 4th Oncology Symposium, which opened in Belgrade on Friday. 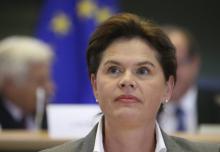 BELGRADE - OTEH 2014, an international scientific and technical conference dedicated to the development of defense technologies, opened in Belgrade on Thursday, and Serbia's Defense Minister Bratislav Gasic said that investment in the defense industry and armed forces is Serbia's strategic interest. 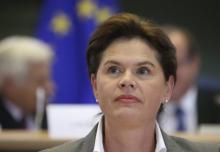 A bid by former Slovenian premier Alenka Bratusek to become EC Vice-President for Energy Union was rejected late on Wednesday by two panels of members of the European Parliament.

Bratusek failed to convince EU parliamentarians during a confirmation hearing on Monday for her role as European Commission vice president for energy union.

Serbian Pensioners are in Worse Position than Albanian

The Ukraine is the only European country on the list based on quality of life for older people which is ranked worse than Serbia, says the Global movement for the rights of older people "Help Age".