Turkey and Russia will hold two-day talks on Syria and Libya, the Turkish Foreign Ministry has an-nounced, amid ongoing ceasefires in both theaters. 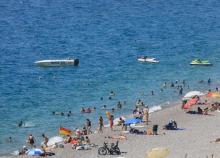 Turkey has experienced one of the hottest days of the year over the last week as a heatwave across the country has sparked high temperatures.

When the air temperature exceeded 44 degrees Celsius in İzmir, Muğla and Antalya provinces on the Aegean and Mediterranean coasts, public beaches, hotels and swimming pools were flooded by residents who wanted to cool off.

The novel coronavirus hit Trabzonspor anew on Aug. 15 as the Turkish football club reported another player had contracted the virus. 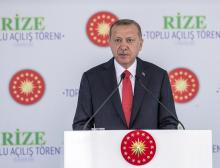 A defense agreement signed between France and Greek Cyprus is against the 1960 treaties that provide equilibrium between Turkish and Greek Cypriots on the island and poses a risk for the already fragile stability and security, the Turkish Foreign Ministry said in a written statement over the weekend.

Turkish President Tayyip Erdogan said on Saturday Turkey will not back down to threats of sanctions nor to incursions on its claimed territory in the Mediterranean Sea, where it is in a standoff with Greece.

The 33-year-old Cuban native finished the race in 49:04 seconds.

Erdoğan and Nicolas Maduro also discussed ways to enhance bilateral cooperation and solidarity, as well as regional developments, according to the directorate.