All News on Sports in Turkey

Turkey's EURO 2020 journey ended without any point after losing against Switzerland 3-1 in their last Group A match on June 20 at the Baku Olympic Stadium.

Turkey was close to score just in the fourth minute, but Kaan Ayhan's powerful long-range strike was blocked by goalkeeper Sommer.

Switzerland took an early lead in their first attempt.

The Turkish national football team manager has said they are "sorry" for their failure in the UEFA EURO 2020 but he is not currently considering resignation from his job. 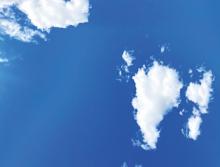 In collaboration with Yoko Ono, the Getty Research Institute and the Feminist Center for Creative Work will present a 24-hour video streaming of the sky via Zoom.

A network of international institutions will participate in a live broadcast of the sky transmitted to audiences at home. 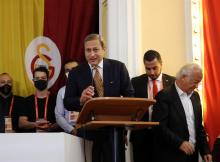 Burak Elmas was elected as Galatasaray's new president on June 19.

The 47-year-old Turkish businessman previously served as a board member, becoming the 38th chairman of the club.

They will face Brazil in their fifteenth match in the tournament on June 20 in Rimini, Italy.

Turkey wants to end its Euro 2020 campaign on a high note when it plays Switzerland in a Group A game in Baku on June 20.

Turkey has yet to score a goal in the tournament with two losses in two games, 3-0 to Italy and 2-0 to Wales, and has lost its chances of finishing the group in the top two to advance.

The gibbon monkey Kulicka predicts the results of the UEFA EURO football match between the Czech Republic and Croatia at the Zagreb Zoo on June 18, 2021. Photo: EPA-EFE/Antonio Bat.

Having several goal chances in the first half, Wales finally made it 1-0 in minute 43 at Baku Olympic Stadium in Azerbaijan.

Fenerbahçe announced on June 15 that Serdar Dursun has moved to the Turkish football club.

"Welcome to Fenerbahçe, Serdar Dursun!," the team from Istanbul said on Twitter.

Dursun inked on a three-year deal with an option for a fourth when he joined Fenerbahçe on a free transfer from SV Darmstadt 98.

Whatever happens between Biden and Erdogan in Brussels, Turkey has made clear it plans to go its own way

Wales coach Robert Page said he could make alterations for his side's second Euro 2020 Group A match against Turkey in Baku.

Page's men, who reached the tournament's semifinals five years ago, opened their campaign with a 1-1 draw against Switzerland on June 12.

"I was pleased with the performance but it doesn't mean it will be the same personnel," he said.

Italy waited a long time for this European Championship to start and then showed on June 11 just how eager the team was to play the tournament opener.

Euro 2020 was launched in style on Friday night with a stunning opening ceremony that included plenty of artistic flair before Italy defeated Turkey 3-0 in the opening game.

The highlight was a stirring rendition of Nessun Dorma, one of football's most famous songs, by Italian opera tenor Andrea Bocelli.

Euro 2020 is finally here. Italy will be hosting Turkey at Stadio Olimpico in the first match of the competition after a year-long delay due to the coronavirus pandemic.