All News on Sports in Turkey

Turkish menâs basketball team has won the FIBA U-20 European Championship with a 65-57 victory over Spain on July 20.

Cedi Osman scored 20 points and was subsequently named in the all-tournament team, as Turkey edged out Spain in the final minute of the gold medal game to be crowned champions for the first time in the history of the competition.

Caroline Wozniacki says she is happy to be in Istanbul and will try to end her jinx in Turkey at the WTA Istanbul Cup.

The Danish tennis player has made several visits to Turkey as part of her commercial deal with the national flagship carrier, but her playing campaigns in Istanbul have been less than impressive. 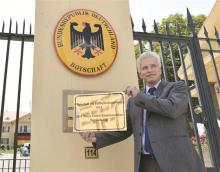 The German Embassy in Turkey has changed the placard outside its building after the German national football team won the World Cup against Argentina.

The seventh edition of the TEB BNP Paribas Istanbul Cup, the most important womenâs tennis tournament in Turkey, starts with the first round games July 14.

Portuguese midfielder Raul Meireles has shown his newest tattoo, featuring the Blue Mosque in Istanbul, during a recent training for his teamâs upcoming game at the World Cup in Brazil.

The former Chelsea and Liverpool player now calls Turkey his home, as he plays for Turkish football giants FenerbahÃ§e.

POZAREVAC - Serbian President Tomislav Nikolic announced the start of the 54th cycling race through Serbia in Pozarevac on Thursday, noting that the competition under the slogan "Along the paths of freedom of our ancestors" offers an opportunity to learn more about the tradition of the Serbian army, which made a significant contribution to the Allies' victory in World War One. 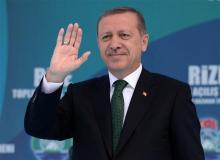 Known as a football aficionado, Turkish Prime Minister Recep Tayyip ErdoÄan has said his tip for this yearâs World Cup is the Netherlands. 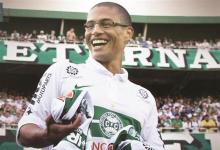 The return on investments in the Turkish football sector is very low, former FenerbahÃ§e captain Alex de Souza has told daily HÃ¼rriyet, pointing to the problems that Turkish clubs have in achieving sustainability. 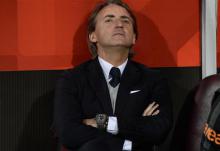 Italian coach Roberto Mancini has left Turkish giants Galatasaray by mutual agreement after less than a season in charge, the club announced on June 11.

"Our relationship with the coach Roberto Mancini and his contract of
employment, which was signed on 1 October, 2013, has been terminated by
mutual agreement," the club said in a statement.

The HÃ¼rriyet Daily News played in a 7-a-side friendly football competition between media organizations hosted by Adidas on June 7 in Istanbul.

The longest soccer game in the world is how one foreign website described the rematch, 84 years in the offing, between Lailapas, a team based on the eastern Aegean island of Chios, and Turkeys Karsiyaka.

INNSBRUCK - Olympic champion Milica Mandic has taken a gold medal in the women's under 73kg event at the Austrian Open Taekwondo Championships in Innsbruck.

Thus, the Serbian athlete secured on Sunday another 10 points for the world rankings and strengthened her position ahead of the World Taekwondo Grand Prix that will take place in China in July.