A US court on Jan. 23 jailed a "radicalized" Colorado teenager intercepted by the FBI when she attempted to join her fiance in the Islamic State of Iraq and the Levant (ISIL) group to fight in Syria.

Dignitaries and leaders from around the world were to arrive in Saudi Arabia Jan. 24 to offer their condolences to its new King Salman, a day after the death of his half-brother King Abdullah.

A new regulation will pave the way for the sale to private companies of citizens' personal information gathered at Turkey?s Social Security Institution (SGK).

The regulation, which will be added to the labor safety draft bill, will allow the sharing of the information of 74 million Turkish citizens to other state institutions and selling this information to private companies.

A new regulation will pave the way for the sale to private companies of citizens' personal information gathered at Turkey?s Social Security Institution (SGK).

The regulation, which will be added to the labor safety draft bill, will allow the sharing of the information of 74 million Turkish citizens to other state institutions and selling this information to private companies.

In 2012, Mexico was the first emerging economy to lead the G20. So Turkey is not the first. But those out there with unhealthy ?first time ever? obsessions can take solace in Turkey being the first Muslim-majority country to chair the G20. This is one more ?first time ever? for you. No one says it out loud, but I can see it in their eyes ?

The Turkish public does not feel safe and secure. This is what the results of the ?Survey of Social-Political Tendencies in Turkey? tell us indirectly. This annual survey has been conducted every year for four years by the Kadir Has University, in order to reflect the changes in public opinion in Turkey. The results of 2014 were presented last week by Rector Prof. Mustafa Ayd?n.

On Jan. 17, 2007, Hrant Dink, a Turkish Armenian intellectual and the editor-in-chief of the Istanbul-based Armenian daily newspaper, Agos, was assassinated right outside his office in one of the busiest streets in the country. The assassin, Ogün Samast, was a 17-year-old ultra-nationalist from Trabzon, a Black Sea town known for its tough guys and nationalist circles.

Prominent journalist, researcher and writer U?ur Mumcu was killed in Ankara 22 years ago on Jan. 24, 1993. A bomb was planted under his car, which was parked in front of his house, and exploded when he started the engine.

Turkey has declared Jan. 24 a day of national mourning for Saudi King Abdullah bin Abdulaziz, who passed away early on Friday at the age of about 90. 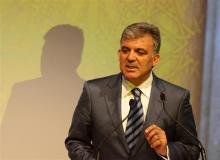 Political sustainability is not limited to holding a majority at parliament, former President Abdullah Gül has said, highlighting the importance of ?justice and politics in economic growth.?

Gül also indirectly stressed that if Turkey is considering a change in the political system, then parliament should be strengthened.

A group from Prime Minister Ahmet Davuto?lu's inner circle will pay a visit Arbil, the capital of Iraq's semi-autonomous Kurdistan Regional Government (KRG), in order to attend meetings to discuss the ongoing peace process, according to a report in pro-government daily Yeni ?afak. 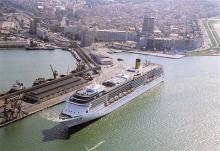 Data compiled by the Transportation Ministry has shown that the number of cruise tourists who visited Turkey in 2014 decreased by 20 percent from the previous year.

A new draft mining law has been passed by Turkey's Parliamentary Commission on Industry, Trade, Energy, Natural Resources and Information Technology, in response to a series of deadly accidents that hit headlines last year.

Saudi Arabia buried King Abdullah Friday as foreign leaders gathered in the capital for the funeral of the ruler of the world's top oil exporter and the spiritual home of Islam.

Abdullah, a cautious reformer who led his kingdom through a turbulent decade in a region shaken by the Arab Spring uprisings and Islamic extremism, died early Friday aged about 90. 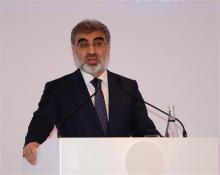 Turkey and Russia will hold negotiations over a cut in gas prices again next week and Turkey is still looking for a discount, Turkish Energy Minister Taner Y?ld?z said on Jan. 23.