Prime Minister Recep Tayyip ErdoÄan is once again expressing righteous fury at Israel over Gaza and at the United Nations for its inability to do anything. He is also angry at Muslim countries for simple watching as Israel bombs rain down on Gaza during the holy month of Ramadan. 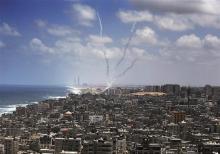 Prime Minister ErdoÄan once again slammed the UN over its inaction to Israelâs attacks on Gaza.

Selahattin DemirtaÅ, the presidential candidate of the Peoplesâ Democratic Party (HDP) has vowed to defend labor rights, saying he would not approve any law coming from the Parliament âif it is against the workers.â

Nuri Bilge Ceylanâs latest film âKÄ±Å Uykusuâ (Winter Sleep), which won the Palme dâOr at the Cannes Film Festival on May 24 and was released in Turkish movie theaters on June 13, drew over 237,000 viewers in its first month, becoming Ceylanâs most-watched film, according to the Turkish Box Office. 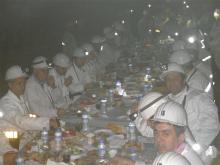 A request to visit mines in the U.S. and Australia by the parliamentary commission investigating the Soma mine disaster has triggered a reaction from one opposition deputy, who alleges that it is a âvacationâ request, daily Milliyet has reported.

Prime Minister Recep Tayyip ErdoÄan has urged the ambassadors of foreign countries to be careful about the activities of the Fethullah GÃ¼len movement abroad, arguing that it is using its schools and charities as a cover-up for its âdangerous actions.â

Israel on July 16 warned 100,000 Gazans to flee their homes, as the military intensified its nine-day air campaign after Hamas snubbed an Egyptian ceasefire effort.

Twitter has suspended the account of anti-government hacker group RedHack, while "suggesting" that another Turkish user deletes a tweet about Transportation Minister LÃ¼tfi Elvan, despite a local court order protecting it under the right to free speech. 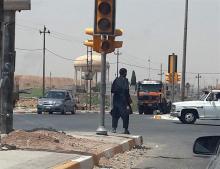 Iraqi Kurds have offered Turkey cooperation on the ongoing hostage crisis, particularly sharing intelligence information regarding the Islamic State of Iraq and the Levant (ISIL), a senior Turkish Foreign Ministry official has said. 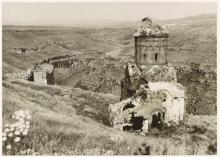 Back in the day, airports were something else. They were cozier, friendlier and easier to navigate, but in todayâs Turkey, they just keep getting bigger and more difficult At the moment, there is a big boom going on in Turkey.

If someone from the outside of Turkey wonders whatâs going on in Turkey, they might easily be fooled that the country is very much like an Iron Curtain country during the times of the Cold War.