A new installation by the influential Turkish-Armenian artist Sarkis will be presented at the Pavilion of Turkey at the 56th International Art Exhibition, la Biennale di Venezia, to be held between May 9 and Nov. 22, 2015. 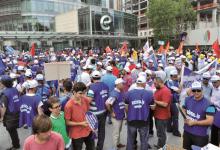 According to statistics announced by the ministry, only 1.189 million of 12.28 million workers are union members, constituting just 9.6 percent of all workers. 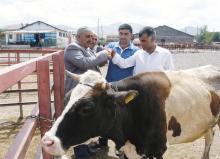 A real-time Internet livestock auction in the eastern Turkish province of Erzurum will be founded to increase opportunities for trade in livestock and animal products such as meat, milk, wool and leather.

The U.S. Federal Bureau of Investigation (FBI) has returned 10 illegally traded historical artifacts from Lydia, an Iron Age empire in western Turkey, to the Turkish mission in Washington.

A video prepared by three travelers, consisting of footage of their four-week journey through Turkey, has gone viral, exciting viewers with scenes of ancient sites and natural beauty around the country. 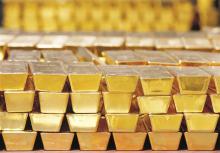 Turkeyâs gold imports plummeted by 94 percent on a monthly basis to 1.45 tons due to Ramadan and geopolitical tensions in the Middle East that steeply curbed demand, according to new figures.

The lira weakened to above 2.16 against the U.S. dollar Aug. 6, hitting its lowest level since March 31 due to emerging markets weakening through geopolitical tensions and anticipations that rating agency Moodyâs Turkey announcement will be negative. 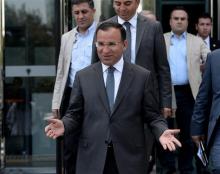 As Turkey witnessed a second wave of mass operation of detaining police officers as part of the âillegal wiretappingâ probe, the ruling Justice and Development Party (AKP) governmentâs plans for restructuring the countryâs top judicial body have been revealed.

AyvalÄ±k, a small, summer-time authentic village is a place where all your dreams can come true, from drinking great coffee to fabulous ice cream. When Istanbul days become too much, AyvalÄ±k is a solution to your problems In AyvalÄ±k, you can find many artistic workshops or flea markets and therefore this place is like heaven to me.

There are several speculations about the day after the presidential elections. It is as if some of our friends travelled in time, saw Prime Minister Recep Tayyip ErdoÄan win the presidency with a comfortable majority in the first voting on Aug. 10 and appointed a prime minister and chairman to the Justice and Development Party (AKP).

This Sunday, millions of Turks will go to ballots to vote for their next president. This will be the first time that the presidency, the top post in the republic, will be elected by popular vote. In this sense, the upcoming elections could be seen as a sign of maturation for Turkeyâs almost 140-year-old democratic experience, which goes back to the first Ottoman Parliament in 1876.

The Turks are not rebels. The prime minister can slap one and win an apology in return. But they are certainly proud people â at least social research says so. According to a most recent survey, Turks are proud of their countryâs accomplishments, even though there is no empirical evidence to justify this feeling: Proud without a cause. 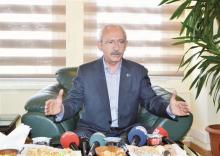 The election of Prime Minister Recep Tayyip ErdoÄan to the presidency will cause severe troubles to Turkey, the leader of the main opposition has said, stressing that his ethnic and sect-based policies would further drag the country into the Middle East quagmire.

On the eve of the presidential elections, for the last three weeks, Turkey has been talking about an operation that has seen police officers place other police officers into custody.

Turkish officials and Iraqi Kurds have discussed the escalating threat posed by the Islamic State in Syria and the Levant (ISIL) in the neighboring country, as the jihadist group has been extending control in northwestern Iraq, forcing thousands of Iraqi citizens to leave their homes.