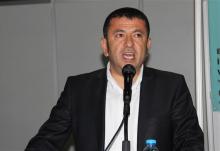 The main opposition Republican Peopleâs Party (CHP) has drafted a report on the Balyoz (Sledghammer) coup plot case, which it has labeled an âembarrassing, coal-black stain in Turkeyâs legal, political and military history.â

Turkish Central Bank Gov. Erdem BaÅÃ§Ä± gave no signals of an immediate rate cut during a critical and much-anticipated presentation in front of Turkish Prime Minister Recep Tayyip ErdoÄan on June 2, but sought to draw an optimistic picture of the economy.

ErdoÄan, a harsh critic of high rates, has been vigorously slamming the bank for âinsufficient rate cuts.â

Moldova and Belarus have become the latest countries where Turkish citizens can enjoy visa-free travel. 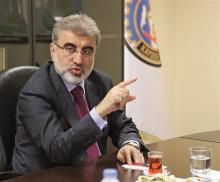 Turkey has insisted that the export of Kurdish Iraqi oil to the world is Iraqâs internal business, downplaying opposition from Baghdad, which has accused Turkey of worsening the row over who controls Iraqâs resources. 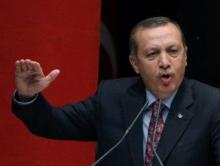 BERLIN -- An adviser to Turkish Prime Minister Recep Tayyip Erdogan has criticized the German media for their "hostile" coverage.

According to the German Spiegel magazine, Yigit Bulut "cautioned that they should learn that nobody can so shamelessly attack the Turkish state, its government, and prime minister."

INNSBRUCK - Olympic champion Milica Mandic has taken a gold medal in the women's under 73kg event at the Austrian Open Taekwondo Championships in Innsbruck.

Thus, the Serbian athlete secured on Sunday another 10 points for the world rankings and strengthened her position ahead of the World Taekwondo Grand Prix that will take place in China in July.

Taskim Square in Istanbul, Turkey's biggest cities, was virtually sealed off by 25 000 police preventing citizens from reaching the venue. Armored vehicles had been also deployed to safeguard a ban on gatherings this weekend imposed by the government.

BELGRADE - UK Minister for Europe David Lidington is coming to Belgrade on Monday to talk with Serbia's top officials about UK-Serbia relations and other relevant issues.

A suicide bomber killed three Turkish engineers and wounded another one on June 2 in eastern Afghanistan, the latest attack on foreigners in the war-torn country.

It came after the US and the Taliban sealed a dramatic prisoner swap that saw soldier Bowe Bergdahl released for five senior insurgent figures, raising hopes for peace as foreign forces prepare to withdraw.

A suicide bomber yesterday killed three Turkish engineers and wounded another in eastern Afghanistan in the latest attack on foreigners in the war-torn country, while Taliban denied responsibility. 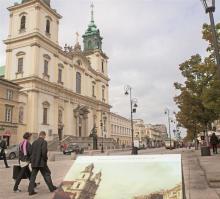 Success and challenges behind Polandâs tranformation process have been put in the limelight as part of events to mark 25 years that passed since the country held first elections to transit to democracy Selim Akan selim.akan@hdn.com.tr Poland will celebrate the 25th anniversary of the historic first free post-war elections on

We all know how Turkish Prime Minister Tayyip ErdoÄan considered the Gezi wave of protests that shook Turkey for three weeks a year ago.

Turkeyâs accession to the European Union might be just what the doctor ordered to counter the rise of the far right on the continent, Galatasaray Universityâs Ahmet Ä°nsel says, noting that it could usher in a period of normalization BarÃ§Ä±n YinanÃ§ barcin.yinanc@hurriyet.com.tr Last weekâs EU elections might ha