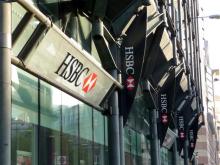 British lender HSBC has begun to close the accounts of small local businesses in Turkey with the aim of focusing on customers with overseas interests.

The bank has started to call small companies to tell them the bank has decided to close the accounts of customers to whom it believes it cannot provide enough service.

Foreign Minister Ahmet DavutoÄlu has parried speculation about his possible assumption of the prime ministerâs post, saying he was focusing on his current job, particularly Palestine and Libya.

âNowadays, day and night, I try to do my job,â the minister said July 24 in a televised interview.

Turkey has given the green light to the Environmental Impact Assessment (ÃED) report for the section of the South Stream Offshore Pipeline that will cross the country.

The Turkish Environment and Urbanization Ministry has approved the ÃED report that oversees the potential impact of the project on nature, a statement released by South Stream has said.

Washington has again called for âfair, transparent and democraticâ investigations into more than 100 police officers and chiefs who have been detained after leading graft probes into government figures late last year.

Turkey has considered closing its embassy in Tripoli because of growing security concerns in the country, Foreign Minister Ahmet DavutoÄlu has said, adding that efforts to evacuate Turkish citizens in Libya were underway. 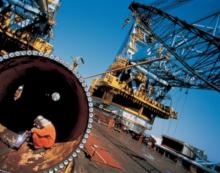 Turkey's Ministry of Environment and Urbanization has approved the Environmental Impact Assessment (EIA) report for the offshore section of the South Stream gas pipeline.

The clearance for the offshore stretch of the gas pipeline crossing the Exclusive Economic Zone (EEZ) of Turkey was announced by the South Stream Transport company.

US Secretary of State John Kerry spoke July 24 to his counterparts in Qatar and Turkey, which support the Palestinian Islamist group Hamas, as he pressed for a Gaza ceasefire.

Kerry -- who is in Egypt, which has drafted a truce proposal for the Israel-Hamas conflict -- spoke by phone with the foreign ministers of Qatar and Turkey, a US official said.

The governor of the western province of TekirdaÄ has joined the boycott of what is arguably the most popular soda drink in the world, Coca-Cola, over Israelâs latest military campaign in Gaza, tweeting a photo of himself posing with bottles of Fanta. Unfortunately for Governor Ali Yerlikaya, Fanta is also product of the Coca-Cola Company.

Hydroelectric plant (HES) projects that are spreading like fungus across Turkey, particularly in the eastern Black Sea provinces, continue to cause controversy, with locals of Artvin provinceâs Arhavi resorting to legal action to halt the first such plant planned in the center of the coastal town.

âThereâs never a dull moment in Turkeyâ: A clichÃ© sentence I have heard so often from a newcomer to Turkey. Indeed, itâs a clichÃ©, but it also reflects the truth.

The ruling Justice and Development Party (AKP) has said that the pipeline project that will transport water from Turkey to northern Cyprus via tunnels under the Mediterranean Sea will be completed shortly.

The AKPâs Ä°hsan Åener, who is in charge of promotion and media affairs, stated that the party expected the pipeline project to be completed and opened in September.

Ankara seeks to persuade Hamas to accept a truce in Gaza, with Turkish PM ErdoÄan personally assuming responsibility on the issue, but Khaled Meshaal says "We reject today... and will reject in the future"

The Central Bankâs gradual rate reduction has put the brakes on a decrease in Turkish residential sales in June, reviving peopleâs mortgage appetite.

Housing sales in Turkey have been suffering since the beginning of the year after high interest rates and a weak Turkish Lira curbed demand in the market.

Amid the burning problems of Iraq, Syria, Gaza, Ukraine, and others, surrounding Turkey, not many people noticed that this year marked the 40th anniversary of the Cyprus Peace Operation of July 20, 1974. Once described as the ânational issueâ in Turkey, it no longer occupies the center stage in public discussions.