SARAJEVO - The armed forces of the Balkan states will continue to cooperate closely within the B-9 forum with a view to strengthening regional security, but also assisting each other in the crisis situations caused by natural disasters, their chiefs of the general staff concluded in a meeting in Sarajevo.

Iranian President Hassan Rouhani is expected to visit Turkey on Monday, for the first time since he was elected last year, a Turkish official said.

The Iranian leader is expected to meet Prime Minister Recep Tayyip ErdoÄan in Ankara for talks on bilateral ties and the broader Middle East, the official told AFP on Thursday.

By exposing different situations in life, the artists at Nar Photos are creating a collective memory of the recent past as well as a broad area for discussion.

In order to maintain sustainable growth, Turkey needs to introduce necessary reforms to increase national savings and reduce its dependency on consumption-based revenues and short-term capital flows, the World Bank has said in a new report.

I have testified as a âsuspect.â It was a rainy afternoon when a text message came to my phone.
The message read: âMr. Ahmet Hakan. Within the context of the investigation file numbered ...  your statement is required. You are asked to be present at this court house at this date.â

When I received this ultra-technologic and perfectly polite invitation...

I wrote before that we cannot educate most of our youth as well as we should. It creates all sorts of problems. We do not have enough engineers and software project managers, but we have plenty of people who are good at low-level jobs. With this kind of a human resources mixture, Turkey cannot go forward as to reach its 2023 goals.

Irregularities and controversies that forced authorities to cancel some of the March 30 local election results in Turkey have moved Europeâs security body to announce that a mission will observe Turkeyâs upcoming first direct presidential election.

A dispute broke between Washington and Ankara after it was revealed that CNN correspondent Ivan Watson had been harassed by Turkish police on the anniversary of Gezi protests.

US State Department officials dismissed Turkish Prime Minister Recep Erdogan's comments that Watson was "an agent" and wanted to "stir up trouble in Turkey". 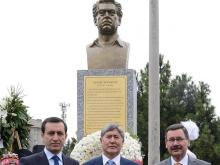 The memory of late Kyrgyz writer Chingiz Aitmatov was honored in the Turkish capital as Kyrgyzstanâs President Almazbek Atambayev and senior governmental officials from Turkey attended the opening of monument. 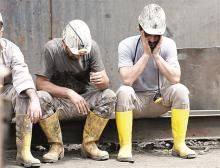 Turkeyâs Labor and Social Security Ministry has proudly announced that the government has been elected to the governing body of the International Labor Organization (ILO) for the period between 2014 and 2017.

With less than a month for the announcement of presidential candidates, the two largest oppositional parties continued June 4 their consultative meetings with trade unions and civil society to find out âwhat kind of president the people prefer?â 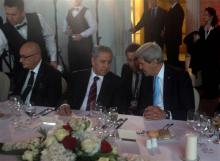 Turkeyâs Deputy Prime Minister BÃ¼lent ArÄ±nÃ§ met with U.S. Secretary of State John Kerry in Warsaw during Polandâs celebration marking the 25th anniversary of the end of Communism on May 4.

Franceâs Total and Germanyâs E.ON plan to withdraw from a pipeline scheme to bring Azerbaijanâs gas to Italy, an Azeri official said, as falling Italian demand puts energy projects there into doubt.