Some 9,000 clients of the company are abroad now, as most of them are staying in Greece and Bulgaria. About 8,500 clients have paid for their tours in 2013.

Sentiment in the eurozone fell for a second straight month to its lowest level in more than a year in September, suggesting the single currency bloc will fall back into recession, a survey by Sentix showed on Monday. 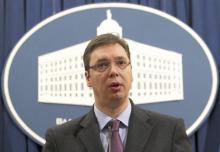 PM to start two-day visit to China on Tuesday

BELGRADE -- Serbian Prime Minister Aleksandar Vučić will pay a two-day official visit to China starting on Tuesday and participate in the World Economic Forum in Tianjin.

This was announced on Monday by the government's office for media relations.

Police in Hania, Crete, said a 82-year-old man shot and killed his 54-year-old daughter while she slept before fatally shooting himself in the chest.

There was no indication as to motive but police said they were examining a hand-written note left by the 82-year-old. 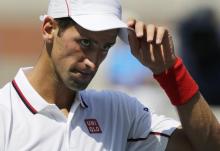 BELGRADE -- Despite earlier announcements, world No. 1 tennis player Novak Đoković will not play for Serbia in the Davis Cup tie against India next week.

Serbia must win the round in order to stay in the World Group.

Serbian team coach Bogdan Obradović said on Sunday that Đoković would not be going to India.

Caretaker Interior Minister Yordan Bakalov said Monday sanctions could be imposed on municipalities failing to carry out prevention activities against floods and other disasters.

In an interview with the Bulgarian National Television, Bakalov explained he had sent a letter to municipalities last week to urge them to clean riverbeds and sewage infrastructure.

Bulgaria continues to be at the bottom at the EU ranking by research & development expenditure, registering R&D spending of 0.26% of GDP in 2013, compared to an EU average of 0.7% of GDP.

Ombudsman Victor Ciorbea declared that he will provide motivated solutions to all the important issues of the Opposition this week or early next week at the latest. 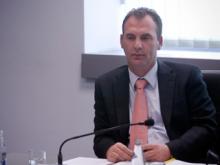 BELGRADE - As a country in membership negotiations with the EU, Serbia must align not only with its legal framework and practice, but also the Union's new developments, head of Serbia's EU ačešion negotiating team Tanja Miscevic has said.

We never said we plan to leave NATO. What we have said is that we should fight so that NATO breaks up on its own, SYRIZA secretary Dimitris Vitsas said Monday.

Workers at a job site in central Istanbul at which 10 of their colleagues were killed after an elevator plunged from the 32nd floor have accused the construction company of ignoring all their warnings despite being informed about the continual problems with the lift.

The dark side of Turkeyâs labor sector was laid bare with the Sept. 6 incident in which 10 workers were killed at a luxury high-rise construction site in Istanbul, but danger is a constant feature of life for laborers around the country, where only 42,000 of 1.6 million workers across Turkey have social security.

The dark side of Turkeyâs labor sector was laid bare with the Sept. 6 incident in which 10 workers were killed at a luxury high-rise construction site in Istanbul, but danger is a constant feature of life for laborers around the country, where only 42,000 of 1.6 million workers across Turkey have social security.