Their only daughter, Chelsea, revealed on Thursday that she is expecting a baby, The New York Times reported.

“Marc and I are very excited that we have our first child arriving later this year”, Chelsea Clinton said during an event in Manhattan.

"Court is insult to Kosovo, but vote to establish it"

PRIŠTINA -- Kosovo Prime Minister Hashim Thaci has called on members of the Kosovo assembly to vote in favor of establishing a special court for war crimes.

The court would deal with crimes committed by ethnic Albanians against Serbs during the war in 1999.

Ukraine’s interim government has prepared an Amnesty Bill for pro-Russian separatists who leave the occupied buildings and hand in their weapons. 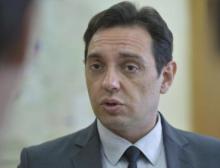 BELGRADE -- The government and Serbs in Kosovo have met their obligations from the Brussels agreement, says Aleksandar Vulin, a minister in Serbia's caretaker cabinet.

PRIŠTINA -- EULEX has rejected accusations against it coming from Serbs from northern Kosovo, who said that arrests carried out by the EU mission "represented kidnappings." 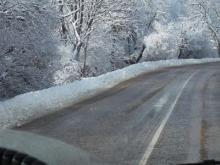 Bulgaria’s traffic police has warned drivers to put winter tires on their cars for travelling in the higher regions over the weekend.

The unseasonably cold weather will persist throughout the weekend, with snowfall likely in the mountainous areas. With temperatures dropping overnight, the wet surface of the roads could turn to ice in some places.

BELGRADE -- All Christian churches are marking Good Friday on April 18, commemorating the day that Christians believe Jesus Christ was crucified.

The day is considered a day of Christian mourning, and is the most significant during Holy Week.

The 35-year-old left winger returned to Bulgaria in the fall to play for CSKA Sofia after an illustrious career in Switzerland, Germany, England, and Spain.

GENEVA -- A key part of the agreement on de-escalation of the crisis in Ukraine means that all parties must refrain from any violence, intimidation or provocation.

BELGRADE -- The National Bank of Serbia (NBS) Executive Board has decided to keep the key policy rate unchanged at 9.5 percent.

The death toll from the capsized South Korean ferry has climbed to 28, while 271 people are still unaccounted for.

Orthodox Christians are marking Good Friday, the day that commemorates the death of Jesus Christ by crucifixion.

"Why don't you allow me to work normally and Delta to operate normally?" Miskovic asked during his Belgrade trial for fraud concerning the privatization of road companies.

Miskovic said he was deeply disappointed with the court's decision to ban him from travelling and that Delta could not operate normally with him "sitting in Serbia.

Kosovo's small Catholic community in Kosovo is gearing up for services marking the Easter celebrations.

The main service will be held on Sunday evening in the Catholic Cathedral in the Kosovo capital, Pristina.

BELGRADE -- Serbs driven out of Đakovica in Kosovo sent a protest to the Priština authorities for not being allowed to visit their town and property on Good Friday.