Ankara is mobilizing aid to protect Iraqi Turkmens on the southern neighborâs territory in response to the threat posed by the jihadist ISIL Turkey is accelerating its plans to help construct a new refugee camp in northern Iraq for Turkmens who were forced to flee north after the Islamic State in Syria and the Levant (ISIL) captured the Sinjar region.

Do you know what a beach chair AtatÃ¼rkist is?

Kosovo authorities are trying to undermine a trend of religious intolerance that has affected religious harmony and also the work of the dominant Islamic Community (BIK), experts said.

Errors and blatant miscalculations in the application yesterday of the new Single Property Ownership Tax (ENFIA)  which has come to replace the previous Property Tax (FAP) and the emergency tax collected via electricity bills  were hardly a surprise.

Some ancient coins were returned to the government of Greece on Monday after the New York prosecution of a prominent collector.

The City of Athens is poised to create an electronic nerve center that will improve the municipalitys efficiency and even go as far as helping monitor public property.

The Council of State has deemed legal the cuts imposed over the past few years on university teaching staff salaries despite recent judgments forcing the government to reverse reductions to the wages of judges and members of the armed forces and emergency services. 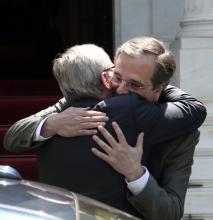 A particularly warm meeting between Prime Minister Antonis Samaras and European Commission President in-waiting Jean-Claude Juncker in Athens on Monday appeared to result in the two men coming to an understanding about what position Greeces representative at the European Union executive will hold when the commissioners portfolios are handed out next month.

To Potami, the centrist party led by journalist Stavros Theodorakis (photo), is to publish a 36-page booklet outlining its main positions as the group prepares to hold the first meeting of its so-called dialogue committee.

The Finance Ministrys online posting of dues for the new Single Property Ownership Tax (ENFIA) on Monday gave the jitters to hundreds of thousands of taxpayers, as tax notifications were evidently based on a plethora of omissions and faulty data.

Greeces Economic Climate Index (ECI) posted a small decline in July, reaching 102.3 points from the six-year high of 103.7 points in June, according to the monthly survey of the Foundation for Economic and Industrial Research (IOBE).

SYRIZA asked on Monday for legislation regarding mergers in the media to be withdrawn from Parliament.

The leftist party labelled provocative an amendment that allows mass dismissals in the sector even though there are strict conditions for such sackings in other sectors of the economy. 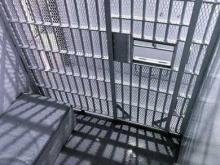 A 49-year-old schoolteacher from Serres, northern Greece, who has been accused of sexually abusing one of his pupils was remanded in custody on Monday.

The teacher is accused of assaulting the girl, now aged 14, between the summer of 2011 and May this year.

He denies the charges but will be temporarily held at Sidirokastro police station.