BELGRADE -- The arrest and trial of suspected drug lord Darko Šarić "will lead to a reduced role of organized crime in society," U.S. Ambassador Michael Kirby has said. 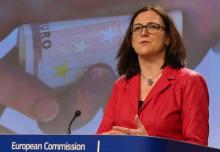 EU Home Affairs Commissioner Cecilia Malmstrom will be visiting Bulgaria on 24-25 March, with regards to the refugee situation in the country.


BELGRADE -- Serbia's public debt went up by EUR 178 million in February reaching EUR 20.4 billion or 62.9 percent of the country's GDP.

This data was released by the Ministry of Finance its website. 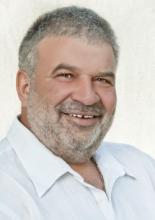 The measure will also be applied to his deputy, Detelin Parlev, and will prevent the two men from trying to dispose of any documents that could be relevant to the trial, Dariknews.bg has reported.

The Hague Tribunal has rejected a prosecution motion to reconsider the acquittal of former Yugoslav Army general Momcilo Perisic over war crimes in Sarajevo and Srebrenica.

Turkey's state-run Anadolu News Agency reported on Friday that Interior Minister Efkan Ala had said two of the arrested "terrorists" were Albanian nationals, while the third was from Kosovo.

The shoot-out in the central Turkish province of Nigde on Thursday left three people dead, including a soldier and a police officer.

Police in Halkidiki, northern Greece, said on Friday that they were seeking a 64-year-old man alleged to have swindled 3,600 euros out of two local taxi drivers by posing as an ambassador and promising them an exclusive cooperation shuttling diplomats to and from meetings. 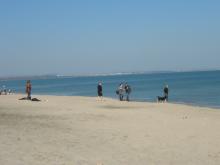 Concessioners have complained that the winter weather has shrunk beaches along the southern part of the Bulgarian Black Sea coast.

The Hague Tribunal trial chamber rejected a prosecution request to reopen its evidence hearing against Radovan Karadzic - to present evidence of a mass grave near Prijedor - saying it would prolong the trial unnecessarily.

BELGRADE - A delegation of representatives of 17 Spanish companies will visit Belgrade on March 25-27 to look for opportunities for investment and establishment of cooperation with Serbian partners, the Spanish Embassy in Belgrade said in a release on Friday.


BRUSSELS -- Representatives of the Ukrainian provisional government on Friday in Brussels signed the association agreement with the European Union.

The agreement was signed by on behalf of Ukraine by acting Prime Minister Arseniy Yatsenyuk, officials said.

BELGRADE - Serbia's delegation headed by Serbian President Tomislav Nikolic will pay an official visit to Austria on March 27 and 28, the president's press service released in a statement.

Drug use in Bulgaria is gradually increasing, according to data from the annual statistics of the National Focal Point on Drugs and Drug Addictions.

The quantities of confiscated heroin have drastically declined in recent years, however cocaine use among Bulgarians is on the rise, the survey shows. 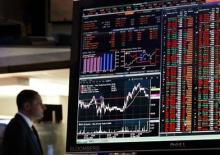 Greek bond yields dipped on Friday after Standard & Poor's said it could raise Greece's credit ratings if GDP growth were to pick up more substantially, after keeping them deep in junk territory with a stable outlook.

Austrian energy company's expectations have so far been fomented by the discovering of vast amounts of gas at Neptun, a deep-water block in neighboring Romania situated next to Khan Asparuh.