CURS Urban and Regional Sociology Centre, the Avangarde Socio-Behavioural Studies Group and the Social Research Bureau (BCS) were accredited, on Friday, by the Central Electoral Bureau to conduct exit polls in the September 27 local elections.

An earthquake measuring 5.4 on the Richter scale struck at 7.28 p.m. on Friday evening just off the southern coast of Crete.

Two 30-year-old foreign nationals who were actively involved in drug trafficking on the popular holiday island of Mykonos have been arrested, police said on Friday.
The two suspects were reportedly nabbed on Thursday in the area of Agia Sofia by law enforcement officers who acted on information regarding the activities of an organized drug trafficking ring in Athens and Mykonos.

The Finance Ministry is adjusting the property rates used for tax purposes (known as objective values) for the suburbs of Psychico, Filothei and Ekali in northern Athens and parts of Tinos island, following the recommendations of surveyors appointed by the ministry and in compliance with the decision by the Council of State, the country's highest administrative court.

With 2020 new COVID-19 cases, Nepal on Friday recorded an all-time high just a day after the six-month-long lockdown restrictions were lifted in the country. 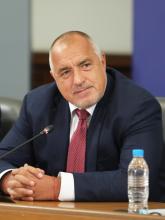 Bulgaria's Prime Minister Boyko Borissov will particpate in the General Debate of the 75th regular session of the UN General Assembly, which will take place from 22 to 30 September. The theme of this year's debate is: "The future we want, the United Nations we need: reaffirming our collective commitment to multilateralism - confronting COVID-19 through effective multilateral action"."

OMV Petrom representatives confirm that the company's gas production has been reduced due to the shutdown of the Hurezani facilities, and gas is being purchased from the market, including imports, to ensure gas availability in National Gas Transmission System (SNT).

Greek enterprises lost 20 billion euros in turnover during the second quarter of the year, according to the Hellenic Statistical Authority (ELSTAT), while National Bank of Greece estimates that turnover losses over the year as a whole will come to some €50 billion.

The National Organization for Public Health (EODY) reported two new deaths from Covid-19 on Friday - a marked improvement from Thursday's toll of nine - but cases continued to rise, with 339 confirmed infections in 24 hours.

After slamming the islands of the Ionian Sea on Thursday night and Friday morning, storm Ianos brought flash floods to central Greece later in the day, with media in Lamia saying that several people were trapped in their homes and cars.

Road hauliers are preparing for large-scale protests, generated by the taxation of the daily allowance as salary income, according to a press release sent on Friday by the Federation of Romanian Transport Operators (FORT).

A NATO investigation into a naval standoff between French and Turkish ships in June has been rated too sensitive to discuss in public and does not apportion blame, as Paris and Ankara wage a war of words, diplomats have told Reuters.

The issue underlines NATO's difficulties with Turkey, also at odds with Greece over energy rights and with the alliance's leader, the United States.

A 27-year-old US-born yeshiva student has secured control of El Al Israel Airlines following a public share offering that was a government condition for the carrier to receive a 75% state-backed $250 million loan.

"This surveillance system is not designed to bother or disturb anyone, but to be to the benefit of all of us. In Belgrade, there are already cases of illness among returnees from Montenegro, Egypt, Turkey...", Kon said.
He also spoke about penal policy.