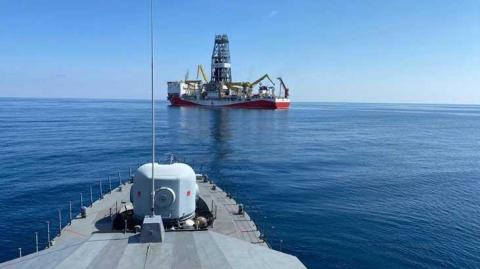 Greece says it has resumed high-level political contacts with neighboring Turkey to try and de-escalate a dispute over offshore energy rights in the eastern Mediterranean Sea.

Stelios Petsas, the Greek government spokesman, said on Sept. 17 that direct contacts had restarted after Turkey pulled back a warship-escorted survey vessel at the weekend from an area where Greece claims exclusive rights to potential undersea gas or oil deposits.

Petsas said that direct communication between Mitsotakis and Erdoğan was possible ahead of the Sept. 24-25 EU meetings.