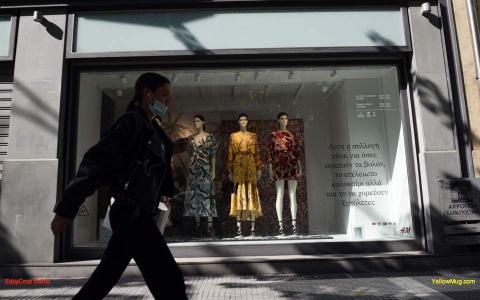 Greek enterprises lost 20 billion euros in turnover during the second quarter of the year, according to the Hellenic Statistical Authority (ELSTAT), while National Bank of Greece estimates that turnover losses over the year as a whole will come to some €50 billion.

ELSTAT data show that the pandemic and the measures taken to contain it paralyzed enterprises' economic activity in the April-June period and dealt a blow to their turnover.

The sector hit hardest was wholesale and retail commerce, with its companies seeing turnover drop by almost €6 billion on an annual basis: Their turnover came to €25.5 billion against €31.4 billion in the second quarter of 2019, a decline of 18.8%.

The manufacturing sector suffered a €3.6 billion drop, while restaurants and hotels saw their turnover shrink by €2.6 billion year-on-year. Transport and logistics companies suffered a...