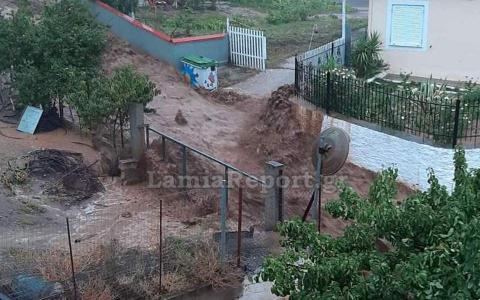 After slamming the islands of the Ionian Sea on Thursday night and Friday morning, storm Ianos brought flash floods to central Greece later in the day, with media in Lamia saying that several people were trapped in their homes and cars.

The biggest problems appear to be on the national highway between the city of Lamia and the town of Karpenissi, where several motorists are reported to have become trapped in their cars by flooding.

Lamia Report said that the fire service has received dozens of calls to help rescue people from flooded houses, as well, and especially in the area of Lianokladi. Several people with mobility problems are reportedly among those who called the 199 emergency line for help.