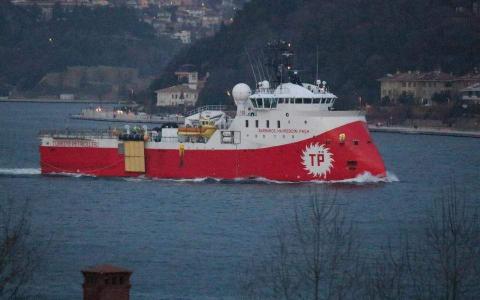 The Turkish navy issued three new navigational telexes on Friday reserving areas of the Eastern Mediterranean and the Aegean Sea.

At 8.11 p.m., the Office of Navigation, Hydrography and Oceanography issued a navtex from the Antalya station for Turkey's Barbaros seismic survey vessel.

Spanning a month from September 20 to October 20, the navtex reserves an area off the southeastern coast of Cyprus. It also includes the standby safety vessel Apollo Moon.

Earlier on Friday, at 6.55 p.m., the office also issues two simultaneous navigational telexes for "firing exercises" in the Aegean Sea on Saturday and Sunday.

The coordinates given in the navtexes issued by the Izmir station reportedly include an area between the islands of Lesvos and Kos.