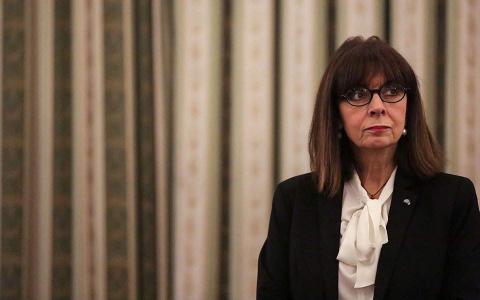 Greek President Katerina Sakellaropoulou paid tribute on Saturday to Ruth Bader Ginsburg, the US Supreme Court Justice who died of cancer on Friday at the age of 87, noting that she felt a kinship with her.

"I mourn RBG as if she were a member of my family. She was the guarantee of balance, Justice and truth, a 'moral force of nature,' as she was called. The US Supreme Court has lost perhaps its most valuable member," she said in a post on her official Facebook page.

Sakellaropoulou, who served as president of Greece's Council of State before being elected president in January this year, said Ginsburg served as "the most powerful role model" in the years that she served justice.

"The spirit, the courage, the faith with which the Notorious RBG, as she was dubbed, defended, as a member of the US Supreme Court from 1993 until yesterday, the rights of women, of...