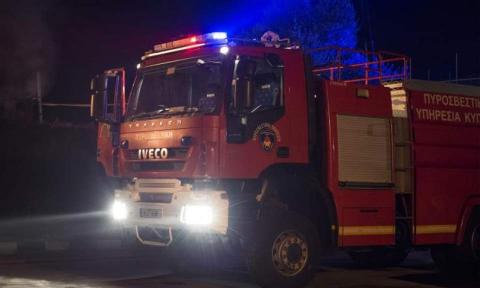 Police on Samos on Friday detained a 42-year-old Syrian national and were seeking a 20-year-old from Gambia in connection with a fire that broke out near the island's migrant reception center on Wednesday.

According to police, the Syrian sent messages to migrants living in the center in Arabic via WhatsApp, urging them to set fires. The Gambian is alleged to have posted messages on Facebook calling on migrants to burn the same camp.

They both face charges of incitement to commit crimes.

The fire came a week after a blaze razed the Moria camp on nearby Lesvos. Some 12,000 people left homeless on Lesvos are being gradually moved in to a new facility on the island.