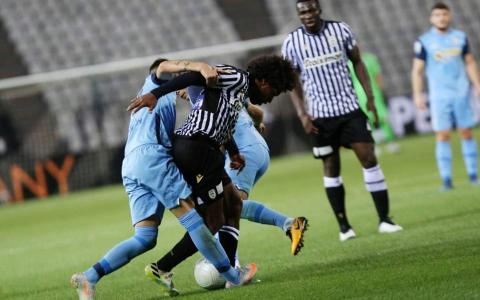 Olympiakos and AEK recorded their first wins in the new Super League season, but PAOK stumbled at home, with all three of them to be involved in European action in the new week.

Champion Olympiakos left it for the second half to score past Asteras Tripolis in Piraeus on Friday, but the emphatic 3-0 result, courtesy of Kostas Fortounis' opener and Giorgos Masouras' brace, will have pleased Olympiakos manager Pedro Martins ahead of the Champions League playoffs with Omonia Nicosia.

PAOK, on the other hand, could not beat spirited Atromitos at home, conceding a 1-1 draw on Friday, three days after eliminating Benfica from the Champions League qualifiers. Andrija Zivkovic gave PAOK the lead but...