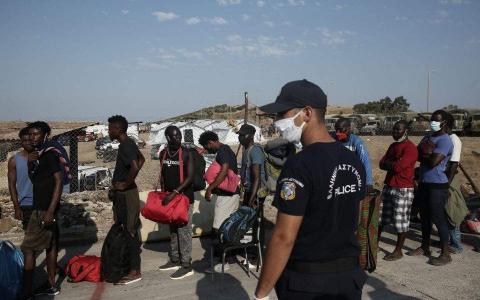 About 9,200 asylum-seekers have moved from the fire-gutted Moria camp into a new temporary facility on the eastern Aegean island of Lesvos, Citizens Protection Minister Michalis Chrysochoidis said on Monday.

Speaking on Skai radio, Chrysochoidis said that 350 police officers have been sent to guard the new tent camp at Kara Tepe near the port of Mytilene. He said police would double their presence in the area in the coming days.

Five male suspects have been arrested on suspicion of deliberately starting a string of fires that razed the Moria camp on September 9. No one was hurt in the blaze.