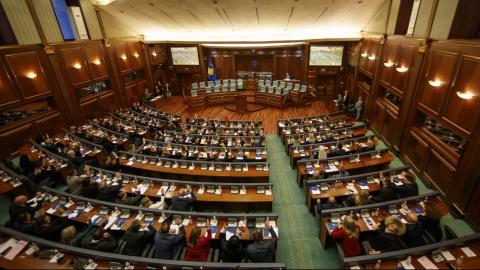 The Information and Privacy Agency, IPA, had asked the parliament to give its director, Bujar Sadiku, the powers of the Commissioner of the Agency despite the failed recruitment process for the post.

The request was rejected by the parliamentary Committee on Security Affairs as illegal, however, and civil society groups on Thursday publicly asked the Presidency of the Assembly, especially the Speaker, Vjosa Osmani, to be vigilant and ignore such illegal requests.

On August 14, none of the three candidates for the post received the required 61 votes, the third time in two years that parliament failed to appoint a Commissioner, failure analysts attribute to narrow political interests. The British embassy, which has assisted in the recruitment process, said British experts had been withdrawn.

Flutura Kusari, a legal adviser at the European Centre for Press and Media Freedom, who voluntarily monitored the recruitment process, said the British decision was a good one, but was "bad news" for Kosovo.

"It is not logical financially or politically for an ally to invest this much in a clearly politicised process," Kusari told BIRN.

In its five years of existence, "the agency has failed from the beginning to protect our personal data," she said. "If the Commissioner will be politicised, s/he can become a censor of public information, pleasing politicians."

The meeting of the Kosovo Committee on Security and Defence, where the annual report of the Information and Privacy Agency, IPA, for 2019 was reviewed, presented by IPA director Bujar Sadiku, June 16, 2020. Photo: Official Website of Kosovo Assembly.

Without a Commissioner, Kosovo has no institutional mechanism to implement the...