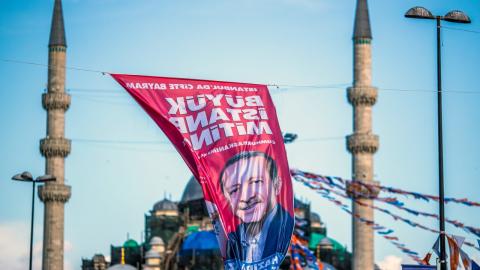 "Our presidential candidate is certain," Devlet Bahceli, leader of the Nationalist Movement Party, MHP, and an erstwhile ally of Erdogan, said on September 7.

So can he or can't he run again?

Article 101 of the Turkish constitution enshrines a two-term limit on the presidency; Article 106, however, states that should parliament dissolve early and move for a snap election, the president's term does not count. In Turkey, elections for parliament and president are held simultaneously.

Effectively, Erdogan could run for president as many times as he likes, said Emre Erdogan, a professor and expert on election systems at Istanbul's Bilgi University.

"There is no example in the world similar to this," Erdogan told BIRN. "The president can run for the office limitless times. This will eventually make Turkey like Russia or Turkmenistan," he said, where Vladimir Putin and Gurbanguly Berdymukhamedov have held power for 20 and 14 years respectively and show no sign of letting go.

"Is this legal? Yes," he said. "Is this democratic? The answer changes depending on your point of view."

Erdogan has held the reins of power in Turkey for more than 18 years, three times as prime minister and twice as president, his rule...