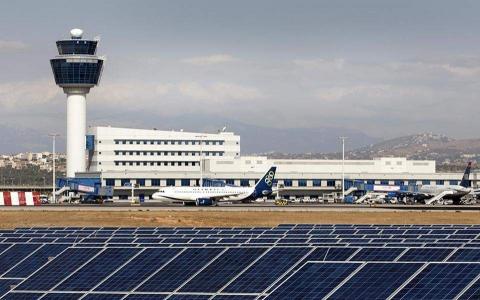 Travel disruptions are expected this week as Olympic Air announced 58 domestic flight cancellations due to a union strike, while mariners in Piraeus announced a walkout for Thursday.

Olympic Air said it canceled 58 domestic flights on Monday, Tuesday and Wednesday - all between Athens and certain islands - due to industrial action called by civil aviation workers from 6 a.m. on Monday to 10 p.m. on Wednesday.
The cancellations on Monday included flights to and from the islands of Naxos, Milos, Paros and Leros and Sitia on Crete.
For Tuesday, the airline canceled flights to and from Naxos, Milos and Paros and one between Kastellorizo and Rhodes, while flights scheduled for Wednesday to and from Naxos, Leros, Milos, Paros and one between Rhodes and Kastellorizo were also canceled.
For more information, passengers can visit the Olympic Air website www.olympicair...