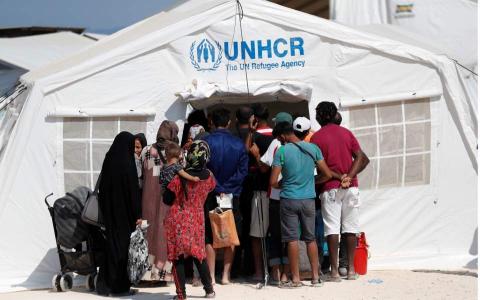 With most of the migrants displaced by the fires that razed the Moria camp on Lesvos earlier this month settled into a new temporary facility, Migration Minister Notis Mitarakis told Parliament on Monday that the number of migrants on the island would be drastically reduced over the coming months.

Declaring that "Moria is finished," Mitarakis said the new permanent facility that will replace it will be "modern, safe and dignified."

Meanwhile, six Afghan nationals charged in connection with the Moria fires, two of whom are minors, were remanded in custody pending trial on criminal charges. Three Syrian minors were arrested for a less destructive fire on Sunday at a reception center on Samos.