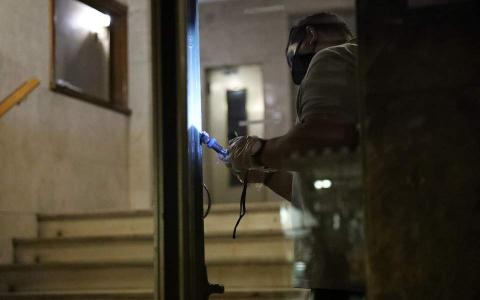 A group of around five people on Wednesday entered the building in the central Athens district of Kolonaki where the office of Migration Minister Notis Mitarakis is located and spray-painted a slogan on the wall beside its entrance.

"No to modern Dachaus," they wrote in black paint, in a reference to the World War II Nazi concentration camp.

The action appears to be linked to government plans to build a new migrant and refugee camp on the eastern Aegean island of Lesvos to replace the one that burned down earlier this month in the area of Moria.

Police think it may have been carried out by Rouvikonas, as a member of the anarchist group later posted a message on social media making reference to the Moria fire.