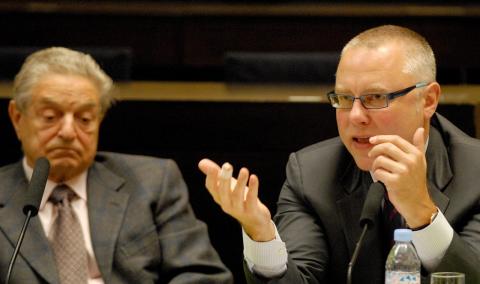 The government-friendly daily Magyar Nemzet promptly did a hitjob on Bakala, calling him the "George Soros of Czechia" - the Hungarian-born US financier being a favourite bogeyman of Orban's Fidesz party. Like Soros, Bakala is rich, espouses liberal views from a foreign base, and has been used by populists as a symbol of the corruption of political elites. He's also widely accused of questionable business practices in building his fortune during the privatisation process of the 1990s and beyond - the collapse of the OKD coal mining group under his watch was the subject of investigation for over a decade - which Magyar Nemzet took great delight in detailing.

Telex is already showing its mettle on Facebook: it ran a story about the Ministry of Foreign Affairs and Trade asking Hungarian embassies abroad to provide information about journalists who participate in study trips, which media they meet with and who is organising the trips. The letter was leaked to Telex journalists.

The Foreign Ministry explained its unusual request by saying that all those working in Hungarian foreign affairs "have to do everything necessary to hinder foreign influence in the media". Tamas Menczer, State Secretary for the International Representation of Hungary, had a peculiar way of reacting to the scandal, saying in a television interview that it seems Foreign Minister Peter Szijjarto  had not yet fired enough people from his ministry, as there still seems to be some prepared to leak such internal memos.

The International Press Institute expressed its concern about Hungary's intimidation of critical journalists and the independent media.

The ugly game in Hungary

This week's discourse in Hungary was dominated by the controversial soccer...