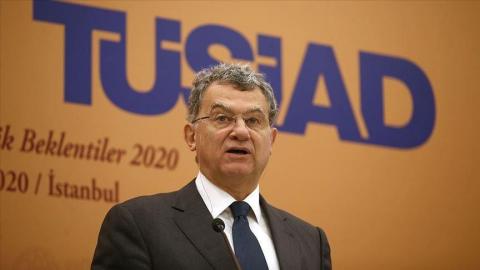 Turkish Industry and Business Association (TÜSİAD) Chairman Simone Kaslowski said in a video conference that Turkey would continue to attract foreign direct investment if it maintained an open economy and free market in a transparent manner.

At the conference titled, Global economy and Turkey's macroeconomic equilibria amid pandemic, Kaslowski underlined that in order for growth not to disrupt the current account balance, the country would need a program for long-term financing inflows and productivity-enhancing reforms.

The implementation of such a program, he said, will allow both the recovery of Turkey's macroeconomic balances and growth that creates employment and increases productivity in the real economy.

Also at the conference, chief economist Robin Brooks of the Institute of International Finance (IIF) highlighted the importance of growth in countries like Turkey.

"Turkey has to grow. With its young population, businessmen, entrepreneurs, it is a very dynamic country. High growth rates should be seen," he said.

Brooks also stated that the country should not be dependent on credit growth.

"We have seen the Turkish lira strengthening as a result of the current decision of the Central Bank, this makes us happy."