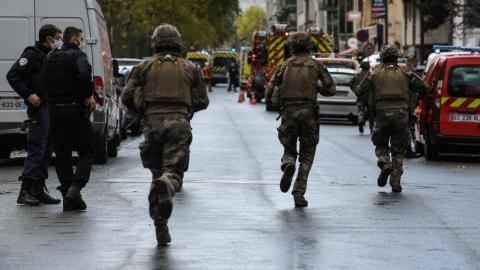 Paris police say four people have been wounded in a knife attack near the former offices of satirical newspaper Charlie Hebdo on Sept. 25.

Police flooded into the neighborhood in eastern Paris, near the Richard Lenoir subway station.

French media BFM TV and Le Figaro said earlier the suspect had been arrested on the steps of the Paris Bastille opera house.

Schoolchildren were being kept inside in area around the attack, a city hall official said.