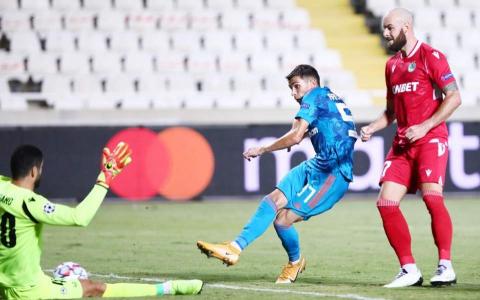 Olympiakos has returned to the Champions League group stage, after eliminating Omonia Nicosia in the playoffs with a goalless draw in Cyprus on Tuesday and a 2-0 aggregate score.

The two-goal cushion from the first leg in Piraeus six days earlier allowed Olympiakos to ease into the game at the GSP Stadium.

The Greek champion absorbed some pressure in the first half but also had a penalty claim denied.

In the second half the Reds were far superior to their host and would have scored against Omonia away too, had it not been for the Cypriots' goalkeeper Fabiano who denied the Greeks time and again.

On Wednesday PAOK hosts Krasnodar, looking to overturn its 2-1 deficit from the first leg and join Olympiakos at...