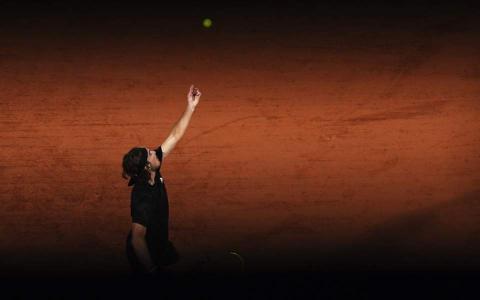 World number six Stefanos Tsitsipas clawed his way back from two sets down to beat little-known Jaume Munar 4-6 2-6 6-1 6-4 6-4 and survive a French Open first round scare on Tuesday.

Tsitsipas, a losing finalist in Hamburg on Sunday, looked to be cruising through the first set after breaking the Spanish clay court specialist at the start to go 3-1 up.

But his lead eroded as did his concentration and Munar countered the Greek's power with some superb baseline winners to race back and win the first set 6-4.

Fifth-seed Tsitsipas, who lost in his first game at the Italian Open earlier this month, started crumbling under pressure, littering the court with dozens of unforced errors.

Trailing by two sets Tsitsipas buckled down, cutting back his mistakes and playing on his opponent's weaker backhand.

He pulled a set back when Munar pushed a backhand into...