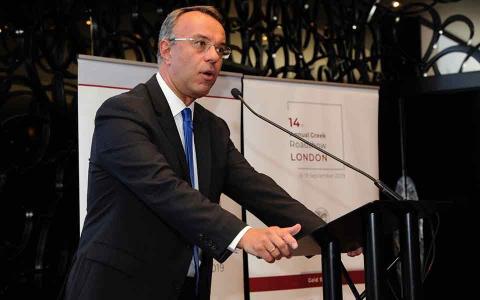 Finance Minister Christos Staikouras has tweaked his forecast for this year's financial economic contraction, telling cnn.gr on Tuesday that it will range between 8% and 9%. This is slightly higher than the Stability Program's adverse plan for a 7.9% slump that he had insisted on until now.

Staikouras said there will be no substantial change to last April's government estimate, but added that the path of the country's gross domestic product is absolutely connected to the pandemic, "the course of which over the last two-and-a-half months has not been the one we desired." Sources say the government mainly wants the contraction to stay below the 10% mark.
Staikouras reiterated that the price of a second lockdown would be heavy.

The minister also said Greece is at a much more advanced point than fellow European states regarding the preparation of proposals for funds...