New coronavirus cases back under 400; deaths at three 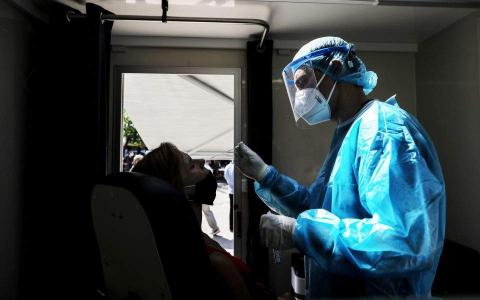 After an alarming spike of 416 on Tuesday, new coronavirus cases dropped below the 400 mark on Wednesday, with the Organization for Public Health (EODY) reporting 354 confirmed infections. Deaths also dropped on Wednesday, coming to three as opposed to five the day before.

Meanwhile, the number of patients who are intubated came to 78 on Wednesday from 79 on Tuesday, EODY said in its daily bulletin, adding that overall, 212 patients have been discharged from intensive care.

According to the official figures, total fatalities since the appearance of the pandemic in Greece reached 391 on Wednesday and total infections came to 18,475 - of which just 16% are linked to foreign travel and 41% to other confirmed cases.

Of the 354 new cases, 56 have been traced to known clusters and 23 came from tests on incoming travelers at the country's borders.