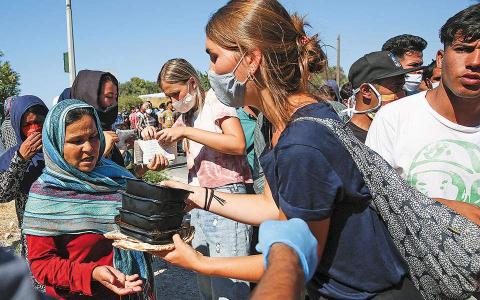 A group of Dutch refugee activists is planning to fly an empty plane to the Greek island of Lesvos in a bid to pick up nearly 200 migrants who lost their homes when their camp burned down  last month.

But one of organizers of the crowdfunded initiative acknowledged Thursday that the chance is all but non-existent that Dutch authorities will give them clearance to fly any migrants into the Netherlands.

"We are trying to increase the pressure while realizing that it would be a bizarre miracle if it happens," said Rikko Voorberg of the group Let's Bring Them Here.

The group opened a crowdfunding action that quickly raised enough money to charter a passenger aircraft with nearly 200 seats reserved for migrants. It is scheduled to take off for Lesvos on Monday morning.

The action is a way of raising awareness of the plight of migrants stuck on Lesvos and...