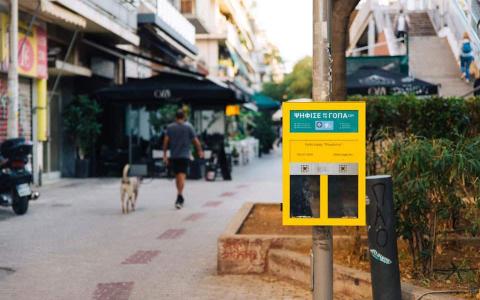 A pilot project launched in Athens by City Hall last year that was aimed at reducing the amount of litter in the streets by encouraging smokers to dispose of their cigarette butts in containers installed around the city is being expanded.

The so-called Gopa project - "gopa" is Greek for cigarette end - was initially implemented in Syntagma Square, Gazi, Ermou Street and Monastiraki, where bright yellow boxes were installed to serve as ashtrays.

The project will now be extended to Metaxourgeio, Plaka, Thiseio, Psyrri, Omonia and Petralona. The aim is for the 25 boxes to collect more than 250,000 cigarette butts every year, which will then be recycled.