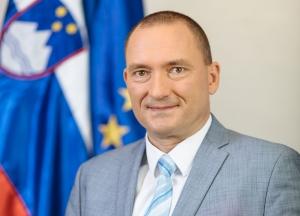 Born in 1974, Podgoršek has a PhD in agrarian economics from the Biotechnical Faculty in Ljubljana, where he also completed his undergraduate studies.

He started his professional career in business before taking a job at the Biotechnology and Tourism School Grm in Novo Mesto in 2004, where he was involved among other things in a curricular reform and headed the school's Business Education Centre.

Before becoming a state secretary in 2018, he was the dean of the College for Rural Management Grm in Novo Mesto, a school he helped establish.

Podgoršek said during his confirmation hearing that Slovenian agriculture faced numerous challenges but also has a...