Ljubljana Marathon cancelled due to coronavirus 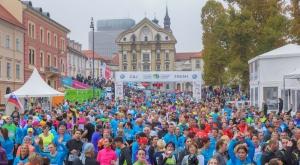 "Unfortunately, the second wave and the high rise in cases is happening just in time for the Ljubljana Marathon and has prevented us from carrying out the event safely," Ljubljana Marathon director Gojko Zalokar said in a press release.

What is usually the largest running event in the country had been significantly downsized and had received the go-ahead from the National Institute for Public Health (NIJZ) in early September.

No more than 450 participants and 50 organisers would have taken part in each of the three races: 10k, 21k and the marathon. This would have been significantly fewer than the usual 14,000 runners, running not just in the three categories but a number of other events for children and students as well.

As coronavirus cases in Slovenia continue to rise, new restrictions took effect today, among them a ban on a events, while in red regions...