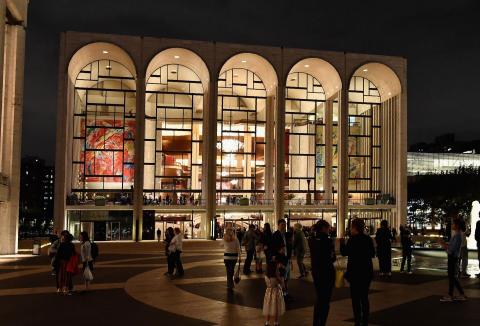 Recent weeks have seen the already painful situation facing live performance in the United States grow increasingly dire, with major companies along with Broadway somberly scrapping hope to re-open before next summer and scrambling to find ways to stay in the public eye.

New York's Metropolitan Opera was the first top outfit to cancel its entire 2020-21 season over the coronavirus pandemic, followed by the highly bankable Broadway theater district and the city's famed Philharmonic symphony.

Across the nation company directors are facing similar decisions, with the Boston Symphony Orchestra following the lead of its New York neighbors.

Elsewhere many organizations are still aiming to open in January as they pilot ways to stay fresh and avoid falling into the red - but the future appears grim.

Many companies have already budgeted for a season sans spectators in a country where the coronavirus caseload continues to add about 40,000 new infections daily.

Seattle anticipates a loss of $6 million in revenue, as New York's Phil estimates to lose $20 million and the Philadelphia Orchestra more than $25 million.

"I always have hope, but I think it is going to be very unlikely we're going to do anything in front of live audiences anytime soon," said Matias Tarnopolsky, the director in Philadelphia.

The pandemic has forced layoffs, furloughs and pay cuts across the performing arts, as organizations including the Phil and the Met are bargaining with unions to adapt musicians' contracts to the financial challenges of the moment.

Government subsidies are not the norm for American orchestras and operas, which rely on donations and wealthy patrons, and to a smaller extent ticket sales, to pay bills...