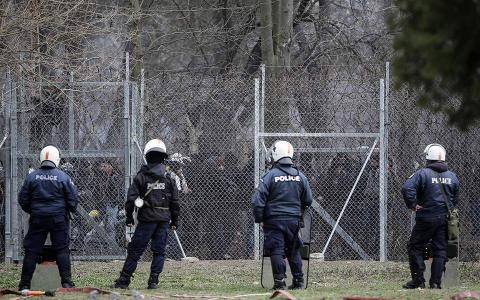 The Hellenic Police (ELAS) is expanding its Aspida (Shield) operation to guard the Greek-Turkish border in the northeastern regional unit of Rodopi in response to the increased number of arrests of illegal migrants in the wider region.

Kathimerini understands that 20 officers serving in Evros have been moved to Rodopi over the last few days while another 65 police officers have been transferred there from other parts of northern Greece.

A high-ranking ELAS officer told Kathimerini that the decision to increase the police presence has been dictated by the rise in the number of illegal migrants found in mountainous areas of Rodopi and in locations near the regional unit's road network.

These are migrants who, having managed to illegally enter Greece and evade police detection in Evros, are now attempting to continue their journey further away from the border.