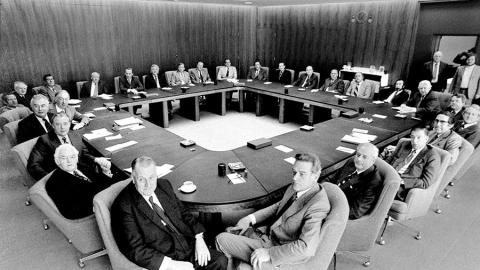 "There should be no instructive sympathy in this House or in this country for the persons who describe themselves as Croats, who were supporters of [Croatian fascist leader Ante] Pavelic, who displayed his flag and who used his emblems."

These shocking comments were part of a broader rift between Croatians and the political Left that have characterised much of the Croatian community's experience in Australia.

When considering the historical and present issues within the Croatian diaspora in Australia, the origin of the conflict between Croatians and the Australian political Left, and how quickly it denigrated into antipathy, need to be remembered.

We need to do this to understand decades of scepticism about Croatian migrants in Australia that continue periodically to surface.

Examining this history reveals the inherent danger of weaponizing any ethnic group as a kind of tool against political rivals.

The experience of the Croatian diaspora in Australia has been fundamentally shaped by the way Croatians became a Cold War political football between Australia's major parties, and when the Left-wing Labor Party, then in opposition, decided to use allegations of Croatian political extremism as a cudgel against the Right-wing Liberal/Country Party government.

Croatians were the perfect target for Australian Left-wingers from the 1960s onwards, because they were anti-communist and Catholic, and so perceived as opposed to the political interests of the Australian Left. They had little political capital, almost no representation in elected office or organised labour and were very much seen as "new Australians".

At the time, the Labor Party, which had been out of power for more than a decade by the 1960s, was suspicious of...